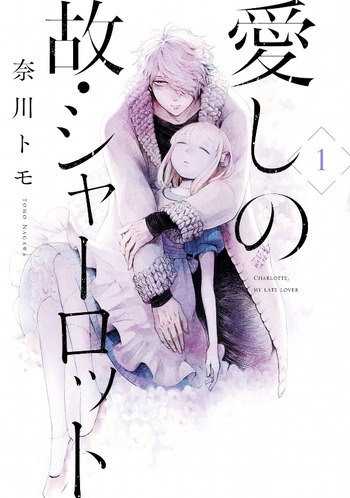 10 years ago, around 7.6% of the human population was afflicted with a new disease that changed them into the dead. That disease was nicknamed "border." Though they were still living, they were objectively corpses. In a world where the boundary between life and death is shaking, a high school detective and a girl afflicted with border face work together.

Six months after the world ended, a young man continues to live with his manager at a shopping mall. The rest had left, believing a rumor of salvation if they manage to reach the centre. During one of his rounds, he finds the first living person he's seen in a while. The girl who introduced herself as "Romero", was roaming not for food, water, or salvation—but rather, for a movie...?! "Who cares about humanity! The world is already up in flames, so why not just kick back and watch a movie?"

Hana to Uso to Makoto

Some time before the June of summer. One day, she suddenly died... "I" and the corpse of the girl who should have died, "Makoto", spent those false summer days in that apartment. The relationship between these two sad, distorted people slowly becomes clearer...

In a world where zombies have been rendered harmless and non-contagious and are now sometimes kept like pets, Seiichi begins living with twin zombie children given to him by his father.

Seishun to Yuuutsu to Zombie

Nothing Wrong With Being a Corpse

"It's like a monster, isn't it?" The pop star was supposed to be dead, but now, she appeared before the client who wished for her to revive. Unfortunately, she has changed her form...