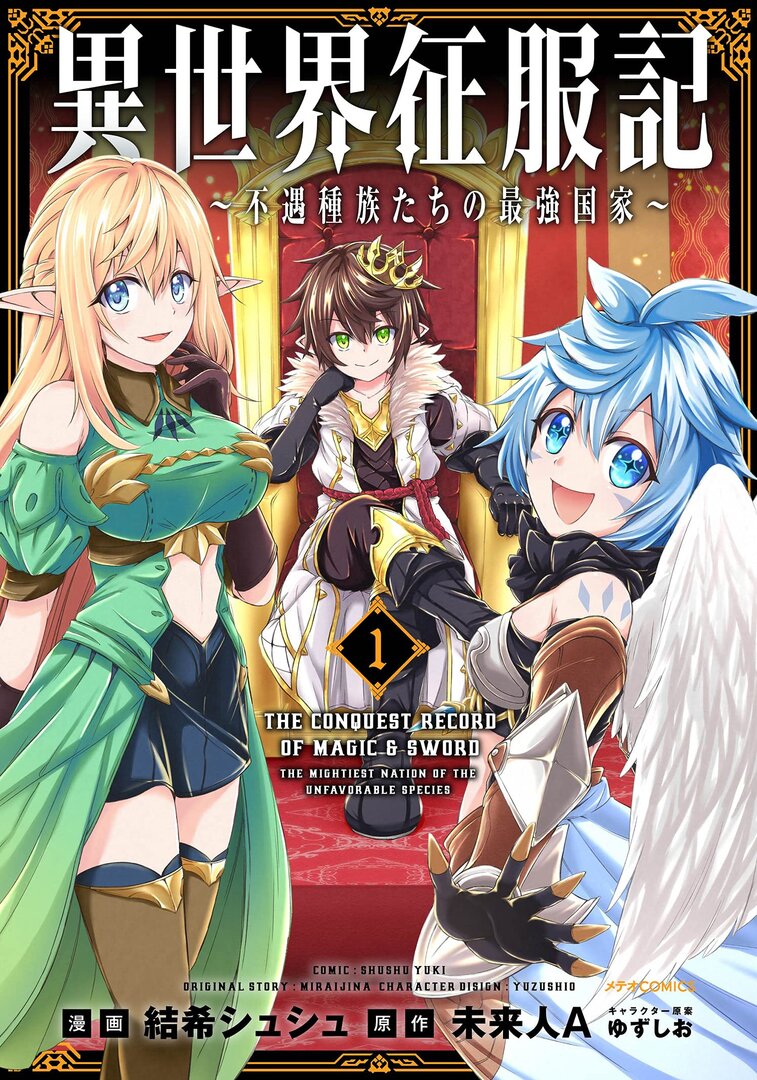 If you're looking for anime similar to Isekai Seifukuki: Fuguu Shuzoku-tachi no Saikyou Kokka, you might like these titles.

In a nameless town, Lina Inverse and Naga the Serpent find their lunch interrupted when the town is attacked by a legion of dragons, led by an armor-clad young girl. Normally such an opponent would be no problem for a sorceress of Lina's skill, though before she can finish them off she is stopped by the town's guard. She is then taken to the king, who explains that the young girl is actually his daughter Marlene (who is going through a rebellious phase of adolescence)! Meanwhile, Naga teams up with Marlene in an attempt to make some money. But while the family feud over increased allowances rages on, could a more sinister threat to the town be looming?