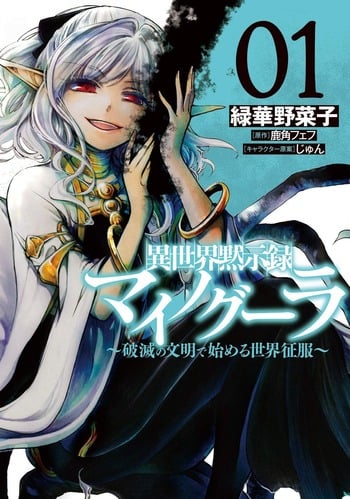 I reincarnated as an evil god. Ira Takuto succumbed to illness at a young age and ended up reincarnating in a world that resembled the strategy simulation game, "Eternal Nations", of which he loved playing when alive. What appeared in front of him was Atou, a girl belonging to the evil civilization that he used to play as, "Mynoghra". The two of them decided to create a new country in this world once again.

It's just my preference because I hate the pedophile side. When older men get a younger body but have a mindset of a 30 y/O like that's some pedo ass shit. I never particularly cared for ecchi and harem since I was raised on Shonen. But reading it is so fucking annoying IDGAF ABOUT YOUR FEELINGS, it's always some bullshit, I rather there not be romance because it's just annoying, unnecessary distraction that really isn't needed, I mean you can tell immediately if there's a big titty bitch on the cover, it's harem or ecchi, fucking annoying. They always start with a female partner which isn't authentic and just have end up with a party with these annoying ass kids. Fucking begging, needy 3 year Olds who needs attention at the fucking time. With dudes it's like what can I do, if you need anything call me, it's really fucking annoying when they get involved with a royal family these spineless bitches can't just be harsh and cold-blooded like bitch idgaf about your opinion. Clingy motherfuckers. And they just always have to fall in love with the people in the same party as them like get a fucking life bro. So to deal with half of my frustrations I just see if I like them at first, but I fucking hate those tsundere crybabies, just kill them, gain their skills and exp then leave. Enemies need to die, annoying people should also die, I don't care what you went through before, I'm not a fucking ice pack to help your wounds get your shit together you narrow-minded piece of shit. Is it hard to have a platonic relationship, as a single person I don't want to see how well your relationship is going nor steep you're going through, unless it's yaoi that's different because I don't have to so see these big ass tits on my screen, and the underwear thing is seriously fucking disturbing. But yeah platonic relationships first cause it makes it easier to accept. Harem is just shit, trash I say. Just unless leaches who'll suck you dry and stay because they know you'll fill back up and won't get another chance like this. And let's not talk about the betrayer and female enemies he don't kill, as soon as you step on the battlefield, ain't no discrimination. I'm over that saving girl in the forest type shit, because as a black person I'd run the other fucking way and I'm not aware of an asain that'll willingly walk towards danger. It's just a bunch of clichés that's annoying and overused. But I like re:monster even though it had harem because it wasn't a main focus that took 16 fucking pages to convey. I need some PG13 isekai. From western POV if you're not into romance, there's not enough Shonen, decent Shonen and Japan needs to go through a reform, update their drawings so it's not some perverted shit that looks like little as children getting hammered and wanting to have babies like stop getting ahead of yourselves. And the pedophile shit needs to be cleansed,scraped, bleached, burn and reconstructed. Tsundere needs to be toned down and sectioned to a specific group that doesn't have action, adventure material. Seriously these girls need to stop forcing their bodies on the Mc when he already said no like goddamn and istfg it be the elves, annoying, pesky race, they could be extinct, i wouldn't try to stop it. I'll handle the consequences cause they really needs to learn. And the slavery concept is so annoying because the Mc have all this power and real world issues but doesn't get rid of slavery but we instead waste time on bath and bed scenes like that's not important neither did I want to know. Main characters need more spine, I'm also 100% OK if he has a shitty personality, just not a rapist or pedo and we good. Man isekai with a female lead just don't hit the same cause of her good natured ass with her peaceful Japanese soul like just fucking beat they ass, and bury the body alive, stop being so fucking nice. Whew had to get some stuff off my chest, Japanese culture needs help. And the story is very nice I like how the female lead know about earth too and not learn about it, because I wouldn't tell 'wifau' I'm from a different world or explain myself cause they still a stranger, a helping stranger. Having something fimilar with you is nice, I'm definitely not having sex with people from an alien planet. Auto is fine though, she haven't said she wanted to bear his children but if she does, it's okay cause it'll be less weird and rushed. He didn't do that annoying saving girl in trouble upon arrival but he found some dark elves and made him his citizens. It's different but the same, I like it. The translators need to do their job though. Sorry not for my rant

The plot is interesting, the art fit perfectly with the plot and the mc is wise.

As of chapter 3 it's alright. If you're looking for an isekai, kingdom building plot you can give this one a try at least until chapter 2, their encounter with other beings was pretty neat. 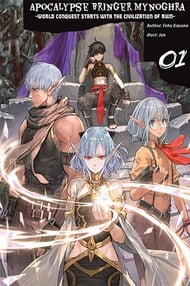