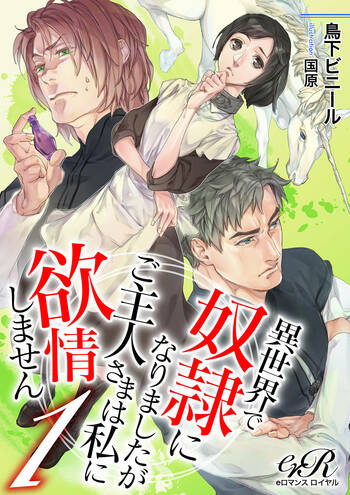 If you're looking for manga similar to Isekai de Dorei ni Narimashita ga Goshujin-sama wa Watashi ni Yokujou Shimasen (Light Novel), you might like these titles.

When she stands, she’s like a white peony. When she sits, she’s like a tree peony. When she walks, she’s like a lily flower. And when you look her in the eyes, she’s like the Great King of Terror. Despite having the qualities to be a peerless bishoujo, because of the look of her eyes and that atmosphere of hers, she’s feared by others; such a girl is forcefully sent to another world. Being told by an Evil God that she would be granted a wish as a special favour, the girl made a wish. “Make my eyes and atmosphere normal please.” This is a story recounting the lifestyle in a parallel world of a girl who would be perfect (probally) if just her one weakpoint was overcome.

A female university student was reincarnated as a great prophet, but remain unpopular her whole life. During her third reincarnation, she became a noble lady and thought she could finally live her life freely! But her happiness was short-lived, soon after, she realized that she still retained her ability from her previous life… Eh! Wouldn’t that mean she’d be alone her whole life again if that was revealed!?

I was studying for a test, slowly succumbing to the lull of sleep, when my eyes fluttered shut... And the next thing I knew, I had tripped into another world. I found myself in a remote village in the countryside, Thrall Village. From being taken in by the village chief as his adopted daughter, to learning about the country and its language, my leisurely life there had begun. In this manner, six years quietly flew by. But one day, I was suddenly summoned to the royal capital to become a priest’s secretary!? Moreover, I received an important task: to find a bride for the Archbishop!

I was reborn as the heroine of a shoujo manga I had read in my previous life. Yay! That’s not it! Out of everyone, I was reborn as the heroine that I hated. I don’t want to be that girl, I don’t want to stick to men that like such a girl either! In preparation for the high school entrance ceremony, I decided. I will completely avoid the hero and make the rival character and the hero stick together. Since the high school entrance ceremony, I stealthily watched over the hero and the rival character from the shadows and saw them grinning and getting along with each other. Even though I was just gazing at them, I somehow became acquaintances with the rival character and am having tea with them right now.