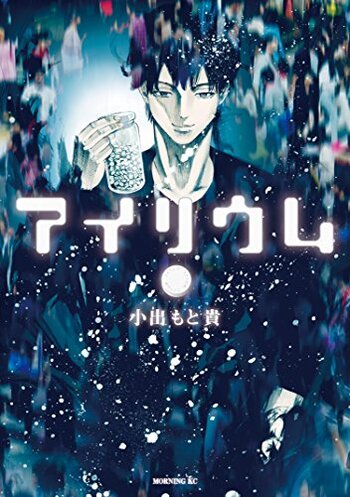 A terrorist group has declared independence on the South Pole, and they have placed extremely powerful nitrogen bombs off many coasts. They plan to take revenge on the world, by forcing them to live briefly in fear and then die. The US tragically failed to defuse the bombs. There are three of them off the coast of Japan, set to explode in 10 days. Luckily, the Japanese bomb disposal team has a powerful resource. That resource is a little genius girl, Machida Machiko. She's looked after by Aranagi Nagito, a trainee bomb defuser. She's made a pact with him, and with the leader of the bomb disposal program, to clear out the bombs and clean up the world. After certain events in their first defusing operation, though, it looks like all they'll have left to use is a defusing program written by Machiko. Will they be able to save Japan and stop the powerful terrorists?

Kai is not just any handyman, he's the best handyman around. But he's not wealthy so when he receives a mysterious request to break a criminal out of jail, he has to consider it. After all, his sister is dying from a near-incurable diease, and this money may be the only way to save her! Kai will have to infiltrate and break out of this impregnable prison or his sister will die!

One day, police sergeant Satsuki Rena is sent to pick up her new superior, the "Destroyer" Sakurama Shinobu, from the airport. He earned his nickname due to his apparent habit of causing the ruin of his superiors. Rena is surprised to find that he is a friendly and ordinary-seeming man. However, the morning he arrives, his superior in his new office is shot to death in a crime that mimics a murder attempt from 19 years ago.