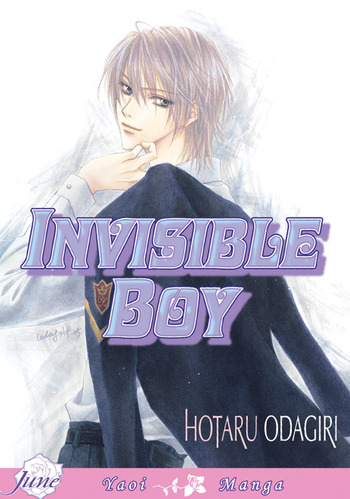 Ichimura, who looks like a young girl, is studying at an all-boys school. But actually he already hit 3,721 people for ridiculing him. Kousaka, who is weak in fighting, helps stop the fights. Between the weak and stubborn fellow and the violent beauty, a love will unfold.

Seiya is an acclaimed star and a genius student who is liked by everyone. Even so, Seiya has a hidden side to him that no one knows about... Lately, he can't stop thinking about Tatsumi, who's in the same year as him. One night, just as they had started bonding together, Seiya confessed his feelings to Tatsumi and kissed him. But all of this occurred in front of a cemetery, which freaked out the scaredy cat, Tatsumi. And because he was scared, Tatsumi was unable to reciprocate with honesty. But the next day, their relation became...?!

A story about two boys, Kiyo and Ino, who go to different schools but take the same train every morning. As time passes by they become aware of each other but never engage in conversation until one day when Kiyo oversleeps in the train and is awoken by Ino. From that point on they begin talking to each other and eventually become good friends...

There’s a new game in Bossa’s class. The only objective is to make your opponent hard. Will Bossa be able to escape the game?

A story about a cute chubby guy in the gardening club who admires his classmate, the baseball team captain. Also included, a story about a part-time cellist player at a bar, and a reunion meeting with his uncle, a freelance designer.

Welcome to the renowned Shoei Acadamy, a school which prides itself on educating young men from respected families from kindergarten all the way through senior high school. When new teacher Reiji Kurashina transfers to the academy right in the middle of the school year, he proves to be the star all of the senior high boys have been waiting for! But who has a shot at being the special someone to this cool and beautiful teachers?! Includes a bonus short story.

It's about two childhood friends, Takatou Mari and Innami Shingo, and their days in all-boys school in early Shouwa era. They gradually fall in love with each other...

Barairo no Hoo no Koro

Paul, a serious honor student, meets the violent and rebellious Andrew in their all-boys school. What follows is a story of the struggles of youth and painful but powerful self-discovery.

Having been dumped ruthlessly by the girl of his dream, Okita Haruto decides that he has had his share of women now. Throwing away his fantasy of going to the same high-school with his (future) girlfriend, he enrolls into an all-boys dormitary high-school. He thought by going to an all-boys school he could have all the time and peace of mind to focus on his study. He's tremendously, horribly, pathetically... wrong.

The cute outer appearance is a disaster for Tominaga Jun. The instant he enrolled to an all-boys school, he got love confessions from his classmates and seniors!! Dislikes being judged by mere appearance, he refused all of the guys... sometimes he even had to use his fist to make them go away. Trying to be as tough as a man can be, he found himself attracted to the president of the student council body, Sakuma. Despite of his plain look, Sakuma is actually a reliable man. What will happen to Jun, who hold feelings of admiration and love for him!?