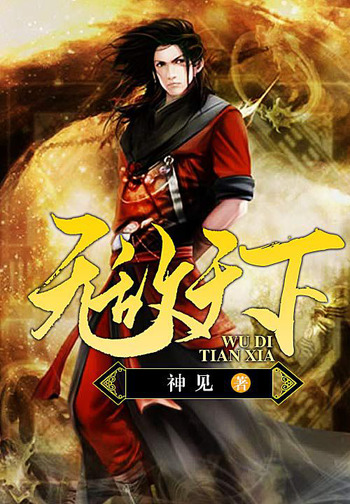 An ultimate warrior, the one and only Alchemy Emperor, Ling Han, died in his quest to achieve godhood. Ten thousands years later, he, with the ‘Invincible Heaven Scroll’, was reborn in the body of a young man with the same name. From then on, winds and clouds moved as he set himself against the uncountable geniuses of this new era. His path of becoming a legend has begun once more. Of all eras underneath the heavens, I am the strongest!

It has been a year since Li Fuchen lost his “talent”. Now he lives the life of a wastrel, being bullied and beaten by those who were once inferior to him. However, he had still not lost everything as he is engaged to a strong and pretty girl of a powerful family… but that came to an end as the engagement was abruptly anulled. With shame brought to the family and his life engulfed by darkness, a ray of hope pierced through the sky.

A Pill Emperor of his generation was set up by a traitor. Since then, the world lost a Qingyun Zi and gained an invincible silkpants. Once again, walking the Great Dao of Alchemy. How can I defy the heavens . . . with the medicine in my hands!

Once I’ve become Immortal, then my attempt to conquer the world shall begin. I, Zhong Shan, in order establish a supreme heavenly dynasty, must marshal all the luck that I can gather to cleanse my own karma. Then I will have the strength to fight heaven itself, create a new world, and live forever.

Lin Feng tried to be the diligent and hard-working good guy. He studied hard, did his best to make his family proud and not get into trouble, but when he saw a girl being taken advantage of, he had to intervene. He had been tricked, sentenced to 10 years in jail and framed for a crime he never committed, all was lost. If his life was over he would take those who ruined his life with him. Suddenly he opens his eyes again. He is not dead, but alive in the body of the Lin Feng of a different world. This Lin Feng had been killed as trash of cultivation. This world where the strong had no regard for human life and would kill freely if they had the strength. Called “trash” and thrown away, with vengeance in his heart he will rise to new heights opposing the will of heaven and earth.

In the Province of the Nine Skies, far above the heavens, there exists Nine Galaxies of Astral Rivers made up of countless constellations interwoven together. For Martial Cultivators, they could form an innate link with one of the constellations, awaken their Astral Soul, and transform into a Stellar Martial Cultivator. Legend has it that, the strongest cultivators in the Province of the Nine Skies, were beings that could open an astral gate every time they advanced into a new realm. Their talent in cultivation was such that they could even establish innate links with constellations that existed in a layer higher than the Nine Layers of Heavens, eventually transforming into the heaven-defying and earth-shattering power known as the War God of the Nine Heavens.

This is a strange and inexplicable world...Mountains, water, stones, flowers, grass, trees, wood, the Sun, moonlight, stars... All creation under the Heavens and Earths are sources of energy. In this world, there are all the classics from his previous world, but there is a new addition: The Law of Dao. Fang Zhengzhi was conflicted. I can obtain power from reading books? Should I read Tao Te Ching first? Or should I read The Art of Becoming Invisible? What about the Analects of Confucius or... The Golden Lotus? With The Law Of Dao as his foundation, can Fang Zhengzhi master the Dao of All Creation and open the gate of God?

Ling Xiao was an orphan fighting for survival in a dog eat dog world. There were some who had the power to enjoy a life of comfort, unconcerned with worldly matters, while most struggled to survive. He was of the second kind. When he celebrated his sixth birthday, his father left him to the wolves with only a token to defend himself. He struggled to earn a living, scrambling together whatever scraps he could gather; fighting with the dogs for food and fighting with the homeless for shelter. But that all changed on a fortuitous day, when a demon invaded his home. In a world of deception and plotting, one tasked with seeking revenge for the man who gave him a second lease on life, how would Ling Xiao fare?