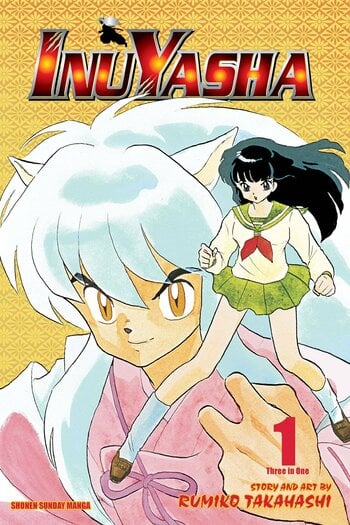 Inuyasha took me a while to read, being that it is 500 plus chapters and that it wasn't something that really riveted my attention all the time.

I don't really have a lot to say on this manga, it wasn't bad and it wasn't really amazing to me. It just felt so long and drawl out. The battle with Naraku starts in the early chapters and drags out for all the story. It consists of Inuyasha gaining the means to defeat Naraku, Naraku taking damage and then escaping so he can come back stronger...rinse and repeat for 550 some chapters.

It held my attention mostly in the beginning and at the end in the final battle because gawd was it good to see that douche canoe Naraku finally defeated. TOOK LONG ENOUGH! For the middle though, I read it in spurts.

One thing I do like in this series is the characters, I feel like they are all really well done and most of them are pretty 3 dimensional. You may even sympathize with Naraku at the end. I know I really felt sad for Kagura and Kanna (the first two girlie's Naraku creates in the series).

There were a few inconsistencies along the way but nothing too annoying.

The romances in this story were also not too shabby. Miroku and Sango have a lot more progression then Inuyasha and Kagome but that's cause Kikyou holds Inuyasha back because first love and what not. I don't hate Kikyou though, she played a significant role in everyone's life in Inuyasha and I appreciated her.

My favorite character was probably Sesshomaru because to me he had the most character development and was the most radically different in comparsion from the beginning to the end.

Art style is old school but its not bad (just not mind-blowing or anything), its simple and cleans up further into the story.

Overall not a bad read, just too long for just one main boss. 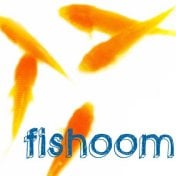 [Keep in mind I am a girl in my late teens, so you can keep in mind how my age and gender influences how much I enjoy (and therefore review) a manga]

Target Audience: Older teens (due to nudity and violence). Although most people consider Inuyasha a shounen manga, it can easily be enjoyed by girls, providing that they have a tolerance for lots of action.

Story: While I marathon-read this 56 tankoubon series, I noticed the most that the story tends to become monster-of-the-week. But underneath the countless fight scenes there is a great story, however it is slowly paced, especially mid-series. If you have the patience to go through lots of action sequences to get to the heart of the story, it is incredibly rewarding.

The storyline is basically the fight between good and evil. Although it tends to be formulaic at times, there is still enough plot twists for the story to be enjoyable. The setting in feudal Japan, or as fans like to call it, the "sengoku jidai", is nothing new, but the demons/youkai and the Shikon jewel give the story it's own unique flavour. If you love samurai/historical manga, you'll enjoy it simply from the period it's set it.

The love triangle between Inuyasha, Kagome and Kikyou is the highlight of the series. And if their relationship doesn't appeal to you, Miroku and Sango share some moments as well. In my opinion, there wasn't enough character development (and romance!), and too many fight scenes. But that may be expected for a shounen manga.

Art: Typical of Rumiko Takahashi. If you don't like her artwork, then you won't like it in this series. If you're not familiar with her works (Urusei Yatsura, Ranma 1/2) then expect crisp characters and beautiful scenery. Many readers may find her style outdated. But most can look past that and appreciate Takahashi's art as the classic that it is.

Characters: Excellent character designs with vibrant characters. I found myself having an extreme dislike towards some of them. In particular, Shippou, a kid fox/kitsune demon, really stuck out. I found him annoying and I couldn't really see his purpose in moving the plot. Sometimes characters are drawn similar, as my dad, reading over my shoulder, said, "Can you really tell them apart?". Some characters serving only for one story arch are not fleshed out well - notably the villains. But the reoccurring characters all have unique and likeable personalities.

Many think that Kagome is a whining, wimpy and annoying protagonist. But I think otherwise. Although she may need Inuyasha to help her (as she sometimes suffers from 'damsel in distress'), I thought her to be a strong female lead, who sometimes even strikes the final blow to her enemies.

Naraku as the main antagonist has his own backstory to why he came to be such an evil entity, justifying his actions as the villain of the series. The thing I hate most is a villain without a reason to be evil other than the sake of being evil! Kagura and Kanna are excellent underlings of Naraku. Later in the series come Hakudoushi and Mouryoumaru, however I didn't find them very appealing.

The Good: Lots of vibrant, endearing characters; classic art style; the plot, once you get to it, is very well done.

The Bad: Story drawn out way too long; too many fight scenes and too sparse a plot.

Recommended to those who like historical Japan and lots of action, or those who like Takahashi's other works. As for fanservice there is a few occasions (boob shots!) but there is not so much to scare away female readers, so it may not be enough for ecchi fans. I personally would recommend it... I grew up on the show and it was a great nostalgic read!

Plot Exposition - PFFT THAT'S HILARIOUS oh you were being serious. /Terribly corny with terrible pacing and just so repetitive.

Antagonist - Well written at first, but really just uses the same tactics over and over again to intimidate and comes off as a one trick pony.

Action - THIS IS THE SAME THING OVER AND OVER AGAIN! You're going to swing your sword dramatically, a blast will kill the demon but not really.

Tragedy - I would be so sad right now if I had any emotional attachment to any of these characters whatsoever. I wonder how Akane is punishing Ranma.

Ending - I dropped this before it ended, but Rumiko Takahashi's weakness is endings. It's her Achilles' heel.

Story - So poorly paced. Imagine Naruto trying to get back Sasuke...the manga. (Although Naruto is quickly becoming that) The fights aren't interesting, the story is repetitive and any interesting bits are far outweighed by the uninteresting bits.What might have been a cool idea for a Fushigi Yugi-inspired shoujo/shonen crossover quickly becomes dull.

Characters - I'm shocked by how unlikable the majority of the cast is, espeically considering this a Rumihiko Takahashi manga. None of the cast are relatable and only a few are bearable, all romantic drama just seems self absorbed and overdramatic and the villains are all 2D and cliche.

Art - Rumihiko Takahashi's art is great. Intentionally heavily stylized and really fits perfectly for any story she creates, even if that story is nowhere near as good at the artwork accompanying it.