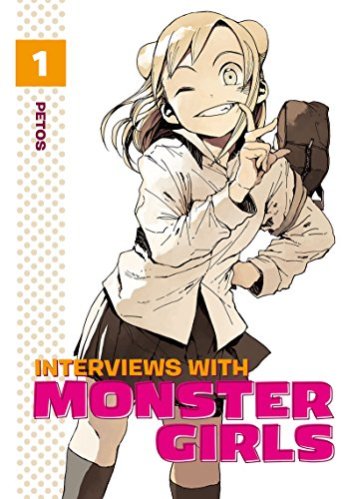 A manga about highschool, monster girls, and their integration into human society. The story follows Takanashi-sensei as he tries to learn more about the origins of these monster girls and come up with theories that explain their existence in a semi-scientific way. The real strength of the series is with the monster girls and their cute antics in everyday life.

Like, how Vampire girls need to look after themselves in daylight, Snow woman needs to keep her self from overexerting, challenges for a Dulhan, etc.

You are just captivated by the concepts of these girls just trying to get on with their lives. Perhaps an inappropriate parallel but, I should mention it. The story feels like it is representing "People with Disabilities". For example, the School has a no backpack policy but an exception should be made for a Dullahan because she has to carry her head in her arms. You may not see it as such, but once you do it makes this even more interesting to read.

The only thing holding back the story is the weird theoretical physics aspect of trying to explain the phenomena of monster girls. In earlier volumes, this isn't an issue but as the story progresses it focuses more on the science and explanation side, which usually ends up being just walls of text.