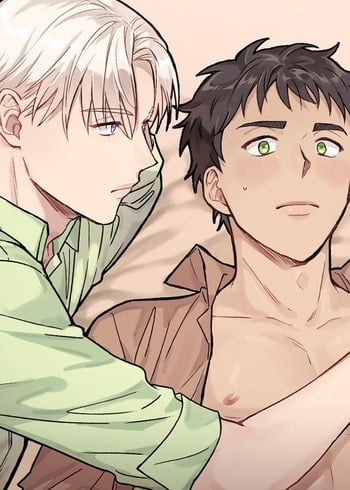 Liang Xuan, a gay veteran actor, chases after a shy and innocent newcomer. Then comes in Luo Fei…

A Couple of Handsome Men

Sparks fly when the optimistic and righteous athlete, Yunjuan Luo meets the haughty and spoiled star, Aoyue . Once a popular child star, Aoyue's popularity is threatened when his viewers start getting bored of him. In order to save their money-making machine, his talent agency decides to get Aoyue to form a boy-band whose sole purpose is to boost his popularity. Desperate to earn money for his sister's surgery, Yunjuan signs a contract with the same talent agency and ends up as a member of Aoyue's boy-band.

For the popular actor Mishima Hajime, there is Aihara. An actor that is his complete opposite, but someone he gets along with as well. One day, Mishima consulted Aihara regarding a kissing scene with a guy in a drama he would work on and to his surprise; Aihara carelessly replied, “Do you want to try it with me?” Though confused, Mishima kissed Aihara. For some reason, Mishima was really shaken by the kiss, in contrast with Aihara, who’s not even bothered by it at all.

In showbiz, anything can make or break you -- top actor Eunseong knows this all too well. A video of him confronting a stalker fan has gone viral and it could derail his career! His managers insist he needs to boost his image somehow. Enter Woojoo, the main dancer for a struggling idol group called Noble. They're total opposites: Eunseong is cold and commanding, while Woojoo is sweet and naive. But they're perfect for a “show-window bromance,” a fake friendship to make Eunseong look more appealing as he pretends to take Woojoo under his wing. As the unlikely duo becomes more popular, the stalker's return could destroy not only their fame, but their very lives... But is their bromance really all an act and nothing more?

Special Preference or Deeply Into the Play

Xia Xingcheng, a popular and handsome young actor (small fresh meat) with ordinary acting skills, has been in the entertainment industry for six years and is still only a small star in the 18th line. He thought it would always be like that, but that day, a well-known director approached him with a movie co-starring the movie emperor, who stars in many literary blockbusters. Many opportunities came, but before he could be happy, the style of painting began to feel a little wrong. Is it just being deeply into the play, or something else?

Special agent Xian Yu, who lives only for justice, meets the worst partner in a most unexpected way. Other team members are very happy with each other, but why are we the only one like this? A special agent and a criminal who are forced to be a team - can they become lovers?

Himemiya Shin has always wanted to become an actor ever since he was in high school. Now, he is an up and coming actor who only gets roles for the bad guys. Tatebayashi Kazushige has always wanted to go to college, but instead he became an actor. Now, he is an up and coming ikemen who only gets the likable roles. These two opposites may look like they have nothing in common on the outside, however, what secrets lay on the inside?

Mason was a mercenary, until the day he died on a mission after being betrayed by his unit. At the same time, there was a Hollywood actor named Haley Lusk. Haley was unliked, yet he still confessed to Noah Raycarlton in front of the world, causing him to be hated most people. Noah Raycarlton is the young CEO of a big company. Due to his good looks and kindness, he is loved by everyone. Mason thought he was dead for sure, but he woke up in the hospital - in the body of Haley Lusk. Mason then decides to live a second life. But because of things that Haley did, he has a difficult time with Noah and other people.