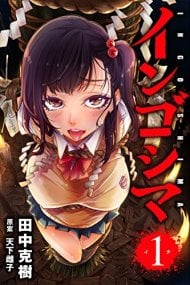 The Yoshinomiya Municipal High School 2nd year students embarked on what they'd hoped was an educational trip with their friends and away from family but it was not meant to be... Their ship was hit by unexpected rough seas and crashed on a strange island! The surviving students are trying to understand what happened but soon they realize they are not alone on this island and the locals don't appear to be very friendly to strangers!!!

882 users are tracking this. Log in to see stats.

For starters it's cliche asf. Many generic troups are reused; hell even my friend (who's got actual autism) has written a similar story thats got more depth than this sh*t. Main plot: Random storm in the middle of the sea hits ship hard and it breaks -> They end up on a island with inhabitants that sacrifice people -> Aim is to steal stolen fuel from inhabitant stronghold and get off the island by sailing through the calm sea after the storm  ^^^That's essentially the plot. To thicken it the author added a childhood friend crush pretext consisting of a (one dimensional) girl and a nerdy kid (MC) that's good with tech. Kid tries to save childhood friend (who's very very stupid and again one dimensional asf) who kept trying to save her bff (she got rap*d later on - thank god for that) and was captured by the inhabitants. Furthermore she happens to be crowned as the 'chosen one' by the voodoo witch and the inhabitants look after her. In the process of saving her while lacking much preparation MC gets caught by enemy but saved then knocked out by a ex-American female soldier (maybe fat man and little boy got into the japs heads too much) with big tits (btw all the girls got big tits in this manga, dont ask why probs fan service) who is pissed off at him for wreaking her plans but later lets him convince her into letting him join in on the operation. (this is up to CH 21). If you haven't noticed by this point there's literally not much depth or worth within this manga at all. If there's any good thing I have to point out then it has to be the artwork, it's literally (to me atleast) stunning - nearly Boichi 'Sun Ken Rock' level good - which is why I read it up to CH 21 (though I will be dropping it here since I got other bookmarks to go through). I hope my review enlightened you enough to not read this. Therefore I wish you a good day ;).

I don't recommend reading this trash manga, but it does make you stay like some bad translated Manhwa that has a boring story. (If you have ever read the most cliche romance Manhwa and stayed because it was so bad, then this one is the same in some ways. Just a tad better... I guess) Story is eh ok but bad since it's sooooo cliche in some parts of the manga.. but lots of rape, docks, Aahhh and boring scenes. I like the art though since they actually made the characters look really good or even normal enough.  I dropped it at exactly chapter 83, becauseuse I couldn't take it... The main dumb person whose only goal is to save his childhood friend. It's okay that it is like that cliche... But FKJJJJJ WHY WHY WHY WHY WHY WHY WHY DID HE SHOUT AT THE ARENA "I'M GOING TO SAVE YOU, AOIIIIII" like bro That was horrible like why? I wanted to kill myself when he broadcast to the whole islanders that sentence

72, 73ish chapters reviewed Story/Characters: This manga, it isn't just trash, it's super trash. Just about everything about this is trash. Crash on island, islanders immediately hostile, shit hits the fan and keeps on hitting it. Things don't go right often for these people, very rarely. A lot of the time it has a "darkness induced audience apathy" vibe to it, all the rape, sexual harassment, abuse, scumbaggery... it wears you down. It overshadows any good they do, any good intentions of our heroes, a lot of the small victories they get. It happens to some of the best girls, some of the more attractive of the bunch despite them generally being all attractive. And there's also more rape, and more mutilation, and way more titties. It's a mature thing, with comedy flung around. But it's still trash. There is an interesting, underlying history to it all but you need to wade through a lot of shit to get there. It goes into something deeper, broadens the world and creates a societal hierarchy. Which also leads to more rape. If you think I'm overselling it or overdoing it, then it's to hammer it into your head that this isn't one of those survival stories that devolves into comedy and petty drama from a brutal, terror start. It escalates into degeneracy and car crashiness and when you think it's peaked, it takes it up a notch. Art: The women, are mads attractive. There's also a lot of titties and aheago faces. Cleavage, and this is just art, not on subject matter. But it also "clichifies" a certain character, robbing her of what feels like individuality and noteworthiness. Her old design was way better. There's also censorship, take that as you will. And the art is still quite nice in general, showcasing disgustingness and degeneracy, insanity and brutality, attractive and ugly and again, some real attractive chicks with big racks and small ones. But, let me divert your attention to this: Thor. This ain't no dude, this is a man. A handsome man. Muscular, chisled abs with rippling pectorals and everything. This isn't just about attractive girls in distressing situations, it's also about handsome, very, very attractive man candy. Characters: I remember no names. Some characters blend in and while they get the rudimentary development, a good few are there to suffer combined with no development. Some backstory/flashbacks to give life and you know, it could be worse. Could be better. But they're still attractive. Overall: It's trash, and yet I'm still reading it. There are better survival manga but it's high up there in degenerancy, titties, fanservice and something so repulsive that you can't look away from. Just read something better. 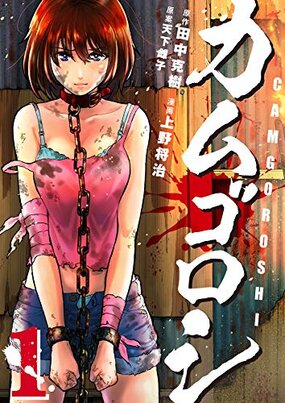