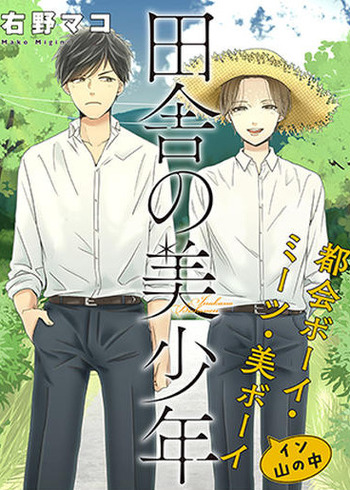 The slow-paced yet heartwarming life of the four girls in the tiny Asahioka Branch School continues as Natsumi, Komari, Renge, and Hotaru attend school in the one-room schoolhouse that holds only 5 students. Although the laid-back environment and atmosphere is a big change for Hotaru, who came from bustling Tokyo, there’s just something charming and calming about life in the Japanese countryside.

Management of a Novice Alchemist

Shoot for the stars! I’m going to be the country’s number-one alchemist! When young girl Sarasa graduated from the Royal Alchemist Academy, her teacher gifted her with a house for her to set up shop. Aiming to become a master-class alchemist, she gathers materials herself, experiments and operate a business… In her very own atelier, Sarasa indulges in a slow and relaxed alchemist life!

After his mother passes away, Atonio and his family move from West Germany to his father's home country of Sardinia. There, everyone calls him Tottoi. Tottoi tries get used to his new life and make new friends. While taking a swim in a cavern he stumbles across a seal that is thought to be extinct.

While transporting bio-weapon lifeforms, Agent DD, member of an alien police force, is forced to crash land on Earth. Amidst the chaos of the crash, a bio-weapon escapes and DD is forced to fight it, while accidentally activating a Liberus, a liquid battle suit. Tsubasa, a shy girl, unwillingly comes into contact with the Liberius and is thereafter forced to fight for the survival of Earth.