In the Bleak Midwinter; - Recommendations 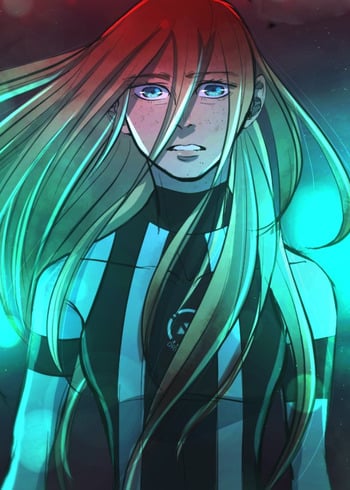 A male concubine climbs his way up in the imperial harem of Phantom Paradise, hiding an ulterior motive.

300 years ago, a witch and a knight fell in love. Forbidden to be together, their love ended in tragedy. Now, the witch reincarnated as Schwann Owen is on the search to find his knight. Will he be able to find his love?

When the Earth is destroyed, a boy by the name of Aiden Kai is thrust into another world, Qurexus. There he will fulfill his destiny, not as the savior, but the destroyer of the world.

Having a handsome, kind and caring boyfriend like Elios means the world to Emma. Even a look at him makes her heart flutters. But little does she know about a secret lies deep in their relationship. What is the said secret?

Zoe Porter isn’t a superhero. She doesn’t have super powers. But she is going to be the hero of her own life - and she’s going to do it with style!

Noemi's parents are working for one of the richest families in the country and moved to live on their estate. There she meets Blade, the hot-headed prince, and Soren, the illegitimate son.

Legends tell that elves are peaceful practitioners of magic. Not Edith, the killing elf. She’ll take any dirty job. Killing bandits, slaying slave traders, if it pays its weight in gold, she will bring bodies back. Outcast by her own kind, Edith and her magical talking mask, Berg, slice through the world but…why can’t she wield magic? And who exactly is hunting her…

Her ability to detect lies has made her an outstanding officer of the law – despite being haunted by her inability to save the ones she loved from a gruesome fate many years ago. Now, she uses her powerful gift to defend the defenseless at any cost – even if it means teaming up with a deadly assassin to fight evil in a world gone mad.

In a world where ghostly Blanks can steal your face – and your life – at any moment, a young boy named Rex hunts for his brother’s killer. Cursed with the unique power to physically touch Blanks, Rex starts to uncover darker secrets at the city’s center and in his own past. Will Rex unmask the killer, or will he become just another faceless victim in the City of Blank?