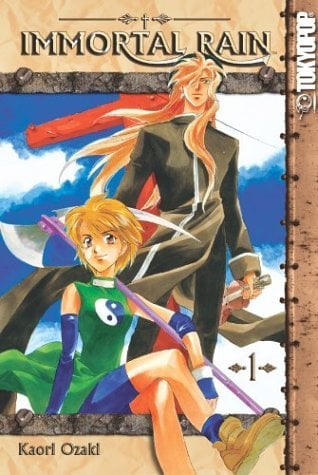 For centuries, the eternal Rain Jewlitt, known as the Methuselah, has eluded assassins and bounty hunters out to uncover his timeless secret. One of his pursuers, the Grim Reaper Zol, never succeeded in killing Rain. In the wake of Zol's death, his 18-year-old granddaughter Machika vows to avenge her grandfather's death and put an end to Rain's immortality...but she soon realizes that the thin line between love and hate just might last forever.

Immortal Rain... where do I even start! This manga was beautifully executed and so well done I cannot even begin to describe how much I enjoyed it. The characters, even the minor ones, were very well thought out and extremely complex. Rain, the main male lead, is the most beautiful, kindhearted, selfless, and brave man I have ever met. The main female was strong and capable, not relying on others to save her. In fact, she did a lot of the saving herself. I came to love even the main antagonist, Yuca, who at first I hated so much I just wished he would die. But as his character developed, the reader dives into his world of hurt, loneliness, and the want to die and rest in peace after having reincarnated (retaining all his memories) for all of time.  Characters: Rain (white hair), Machika (in the red), and Yuca (black hair) Story  The story follows a young girl (18 yrs old) named Machika who is hunting Rain for the huge bounty on his head. Rain, known to the world as Methuselah, is an immortal man who has lived for over 600 years. When Machika and Rain first meet, little did they know how much they truly needed each other. The story follows them as they fall in love and overcome the conflicts that have been raging in Rain's life for centuries. Yuca and Rain had known each other in the past, and Yuca, who made Rain immortal, told Rain that unless he wanted the whole world to be destroyed, then he would have to kill him. Rain waits centuries and when they finally meet again, an amazing story begins.  I can't say much else without spoiling things, but if you love romance, gore, and emotional reads, this manga is for you!  Characters  I pretty much already covered this. All of the characters were amazingly done and were very complex. The only guy I truly hated was Dora Folk. That guy can burn for eternity for all I care.  My beautiful Rain is here below <3 <3 <3 My husbando 😍😘  Art The art starts out rather old, but as the story progresses, it improves immensely. The artist did an amazing job of capturing the emotions and personalities of the characters with every stroke of her pen.  Content advisory  This manga is pretty gory. The "angels" in the story are huge monsters that are rather disturbing. There is a lot of blood and bodies being severely damaged.  The language can get kinda strong at times. There were at least five uses of "f*ck" and many uses of "damn" and "hell" plus the occasional "sh*t" There is some nudity. Machika's breasts are shown multiple times, nipples included (not done in a sexual manner). Rain is seen naked at the end of the story (can't say why for spoiler reasons. Don't worry it's not sexual either). His butt is visible, nothing else.  Overall This is amazing. READ IT YOU WON'T REGRET IT!!!!!!

This is the manga that got me into the world of manga, and then anime. I love this one so much that I have bought it aleast two times, and hold it dear to my heart. Its got a feelingh that is not like many works around its time, and I feel because of how it never got a show like many things did when it was coming out it did not get the light it needed to even get the whole manga to come out, but its still my fave, and I think many should read it.

This is a manga that pretty much has it all, bit of blood, bit of gore, bit of lovey-dovey, you name it. It really takes you on an emotional roller-coaster! I even held off reading the last 10 chapters for more than three months since I didn't want it to to end D:. It was even able to really soften up the heart of an industrial-loving and gore-crazy maniac like myself. I'm genuinely impressed! I recommend this one to fans of any genre! 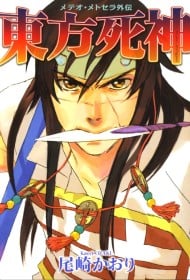