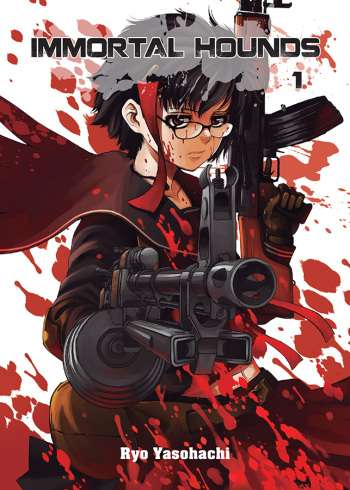 You're Under Arrest! No Mercy!!

Miyuki and Natsumi are back -- but in a new location: sunny California in the west coast of the USA. With traffic problems abounding, the girls were called in to help the Los Angeles Police Department (aka the LAPD) solve the city's sticky dilemmas, but there's one growing problem that has everyone concerned: car thieves! Luxury cars in particular are being stolen, re-tuned, and then sold on the black market. And when Miyuki's own Mustang Fastback is nabbed, it becomes personal. Now, there will be no mercy, no more padded globes, and no more Ms. Nicegirl!

In the year 2034, two years after Major Motoko Kusanagi abruptly left Section 9, Togusa now leads the members of the elite counter cyber-terrorism team. After a hostage crisis, a mysterious ultra-wizard class hacker known only as the "Puppet Master" uncovers a vast conspiracy that leads to even the highest levels of government. When Kusanagi suddenly reappears, even the members of Section 9 begin to suspect that she may be in league with the mysterious "Puppet Master". Can Section 9 learn to trust the Major again before time runs out?