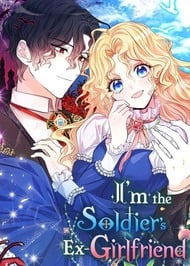 Some women would kill to be the love interest of a book’s charming protagonist, but Maise Hazelnut is different! As a girl from the 21st century, she struggles to keep up the appearance of the angelic “Maise” while defying the fate laid out for her by a harem romance novel. That’s right, Maise’s boyfriend is none other than the goofy and lovable protagonist, and every woman in the book has her eyes on him. Right after she dumps him to work toward her own happy ending, Maise gets set up on a blind date with a man named Eith Lancell. She falls head over heels for Eith, but notices his strange behavior at times… Something’s weird about this devilishly handsome new beau. What could he be hiding?

I'm the Soldier's Ex-Girlfriend can be summarised as: Red flags - the Manwha. The story is about Masie, a girl who gets transported into a fantasy harem novel as the 1st Female love interest of the protagonist. She breaks up with the novel's protagonist and eventually starts dating a man who is actually the devil, but she doesn't know.To say the story is awful and an absolute trainwreck would be an understatement. When writing a romance Manhwa, the number one rule is: DON'T MAKE THE ROMANTIC INTEREST OF THE PROTAGONIST A GODDAMN PSYCHOPATH. Like jesus christ, Eith, that romantic interest, is an extremely obsessive, deceptive, manipulative and creepy dude. He is straight-up unlikeable, and anyone who thinks that this story is actually romantic must be seriously messed up in the head. To list off whats he's done so far: Had a young man who had a crush on Masie terrorised by Cerberus, a giant three headed dog Manipulated Masie into "fake-dating" him, so she would develop feelings for him Brainwashed 3 other dudes on Masie's group date when she was only there to make friend's (told him and they all knew she was dating someone) Lied to Masie by changing his appearance, sneaking onto said group date, and denying initially this when confronted so he could monitor her (i.e. stalk).  Convincing her he had a public servant job at the palace when he didn't, so he could 'teach' her how to pass the exam for that job Literally creating a replica of the royal palace in hell, and setting up magic to teleport her there when she left home, so that she can stay near him at all times and still believe she has a real job. You get the idea? The story also does an extremely pathetic job of justifying all this. There is literally a chapter where the drop the pretence he isn't the devil, and a narrator just tells us straight up how evil he is, how he will torture or kill anyone who doesn't do what he wants, and that "demons are just possessive when they love", as if that makes everything he's done right. Hell, his servants who act like they work at the fake-palace are terrified of doing anything wrong at all in front of Masie, because Eith will kill them, yet their visible distress and nervousness is passed off as a joke.The biggest issue is how completely out of sync this all is with the main character. Masie is actually written quite well. She is extremely aware of abusive relationships and all the red flags of one (hence why she breaks up with the novel protagonist in the first chapter, and doesn't fall for his sad puppy act). She even advises the second female romantic interest on love and that she doesn't need to be with him, and that she can still find someone else and not be stuck with a selfish prick. Yet, despite being so on-point with bad relationships, and being extremely independent and knowledgeable in regards to recognising toxic behaviour and leaving them, SHE STILL STICKS WITH EITH. I mean wtf? How do you write a character that is so paradoxically aware of abuse and manipulation, but still lets herself be abuse and manipulated. Other than that, the whole setup is a joke. The novel protagonist isn't a soldier until after she breaks up with him (hence the title is literally irrelevent), and despite the fact that it is mentioned that she becomes a saintess in the novel, there is zero explanation of magic/saintesses and whatever country they are in. Hell, her supposedly becoming a saintess literally doesn't come up again after its mention in chapters 1+2, until 30 chapters later. So overall, non-existent world building and a convaluted setup that makes no sense.Art: Actually well drawn and looks great. The characters, their clothes and expressions are all drawn beautifully and in plenty of detail. My only issue is that the artist seems to be allergic to drawing backgrounds (and usually when there is a background its either awful 3d assets or is poorly drawn). Characters: As discussed, Masie is written very well but is too contradictory to be considered a 'good' character. Eith is straight up vile and disgusting, and there is essentially no other characters. No, really. A few names are thrown around here and there, but essentially no other character exists or has any development/characterisation out of the main 2. The novel protagonist disappears 2 chapters in (which makes sense given the setup), the 2nd female romantic interest pops up for a chapter or so, but every other character is either non-existent, or just "friend A" or "neighbour B".Overall: Awful story, bad plot and no setup, disgusting male lead, little to no characters outside of male lead and female lead, but great art. Only read this if you want to torture yourself, or learn about the red flags of an awful relationship. 4/10. Edit: I decided to read up to chp 49 to see where the author goes with this. Unfortunatelt, it doesn't get better. Despite finding some blatantly obvious signs and overhearing them talk about being a demon and manipulation, Masie ignores it and pretends everything is alright. Its not until he confesses it (in a joke no less) that she realised it. Yet, SHE ISNT HORRIFIED. She finds out about the manipulation, lying, pandering, treating her like a prisoner, and his entire love for her and personality being fake, and she is only slightly pissed off. And judging by how its going its clear the author intends to make them get back together once again.

This is a story with diminishing returns. The longer you read it, the more disappointed you may feel. Some may even say that this is a complete waste of time and that it's better to skip it altogether. I wondered whether the story is as bad as people say or if it's due to preference. After reading up to chapter 63, I've found it's a little bit of both. The artstyle is the main saving grace of this manga. It's beautifully done and you can tell that the artist definitely has the skill and expertise to bring the world to life in our imaginations. I can see how carefully they draw each scene to help us envision the world that characters move around it. Good job, artist! However, despite that, the plot falters in multiple places. Beauty cannot save you from a story rife with issues that could've been handled better. The female lead is admirable and interesting even if she isn't a strong female lead by any stretch of the imagination. But she isn't the problem here. It's the male lead's personality and character. There's plenty of reviews out there expressing why the male lead is toxic and horrible so I won't delve into that. Instead, I'll explore why the character is the way they are and why they make sense within the world that the author has created.  The male lead, Eith, exhibits plenty of red flags that clearly fall under psychopath. He's a pathological liar, manipulates the female lead multiple times, controls her every move through surveillance, and reduces her interactions with other people for fear that she'll leave him. Are these healthy? No. Should we emulate these behaviors? Definitely not.  But, if we are to look at it in line with the novel, it makes sense because he's a demon lord. The man is literally the Ruler of Hell! His behavior, as written by the author of the novel in the manga, is supposed to be evil so that he can counter the 'good' characters in the story.  I would argue that his behavior is within reason for his character. More often than not, demon lord characters in mangas are written to be the misunderstood good guys who care more for their kingdom than waging war against humans. And that's fine. However, this manga explores the complete opposite - what if there's a demon lord who actually behaves like a demon lord? What if he has selfish desires that are befitting his station, that commits atrocities because he has the power and no one to stop him from behaving as he pleases? He's not supposed to be understandable. He's not supposed to be likeable. Hell, he shouldn't even come close to being relatable for the average reader! He's the demon lord! People are supposed to detest him! We're supposed to be able to understand why the humans in the novel are afraid of him, why they want him to be disposed of, why he is the embodiment of the very evil that mankind detests.  If we look at it from that lens, then this entire story makes more sense. The female lead in this manga deals with all of that. She deals with him lying and cheating her, deceiving her with trickery and being controlled by his possessive actions. I think she handled it swimmingly, despite not being a strong and calculating female lead compared to her peers. She doesn't let him get away with it, she puts her foot down when needed and conveys what she feels about his actions. They actually take time away from each other so she can analyze and reflect on whether he should get her forgiveness. For me, I think this is a good way to explore what a somewhat realistic character would do in this world when faced with something as audacious and disturbing as her situation is. With all of that said, the characters in this manga should neither be emulated nor used as a reference to handle abusive relationships and gaslighting of any sort. This is a fictional world that operates within its own logic and rules; it doesn't give us characters that should be revered or admired in a way. It's best to look at this world from an outsider's lens, similar to looking at animals in the zoo, to be studied and amazed at from an arms length. I don't condone the behavior and actions of the characters in the manga, much less think that people should consider this as an ideal romantic relationship. If you are in this situation, please don't try to fix him or her. Please get help from professionals or loved ones that can  either help or advise you in a way that a story could never do.

I smell underrated 😤 As soon as I started this manhwa I fell in love with it. The first chapters might seem confusing I agree but I am happy I didn't drop it cuz everything started making sense after a while. There is no huge background info on the characters at the beginning and it kinda jumps straight into the romance part but I liked it cuz eventhough romace starts pretty fast it keeps getting more exciting rather than boring! Art is also gorgeous😍 I love both the ml and fl so much. Fl is not annoying when it comes to making decisions like other isekai manhwa fls also ml is pretty sure about his feelings from the beginning which I loved. Anyways I recommend this for sure! 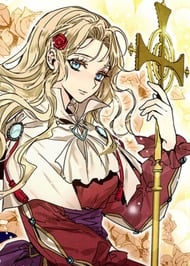 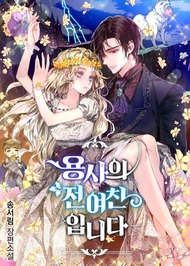