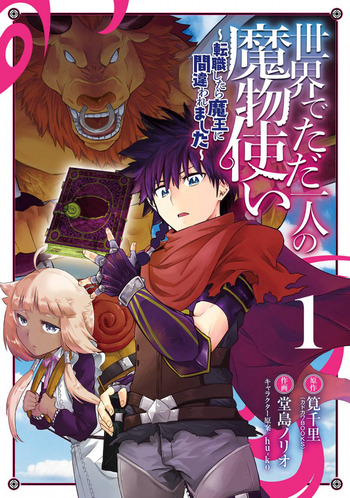 My two biggest problems with this manga are that the MC is super naive/gulliable/dumb, like he has the intelligence of a small rock and that the author needs to just make up his mind about how strong people are. This also releases monthly so only read this is your insanely bored or hate yourself.

The MC is literally an idiot. He is born to a low ranking noble house. How did he get no education at all. Even if he wasn't the first son you generally don't just not teach your son even if the odds of him taking over the territory is super small. Also he wavers between asking his smarter allies for advice sometimes when dealing with negotiations but not always. It's like my guy, you might literally be ret*rded. Why if you trust someone like Drake do you not just always keep him with you or mentally linked so he can advise you during these times. You constantly try and make decisions yourself despite acknowledging that you absolutely suck at it. Stay in your lane. Yet you always just do whatever the queen says. As she gets more scene time is becomes more apparent. It's just all a mess and is a struggle to read without thinking about how stupid it all is.

The MC broke the lvl cap(100) and is supposed to be super ungodly strong. Yet sometimes struggles against people with levels in the 50's. How? He was shown early on easily killing things in the 90s. The dragon supposedly needs multiple S rank(seems to be lvl 50-60) people to defeat him. Yet struggles against a single S rank the one time we've seen them fight. So what's the deal? MC casts magic into the air that seems strong enough to vaporize an entire city and we know thats only at lvl49. Yet his lvl99 swordsmanship struggles in a sword fight with someone who even when combining two skills is low lvl90s. Don't just ass pull power levels so you can make some close fights for fake tension.

The art is pretty good, not anything special. Fight scenes are the same, don't really leave any strong impact on me. The monsters are the only reason to read this. They are homies and super entertaining. I actually even like them more as characters than the monster allies in that time I got reincarnated as a slime.

A smaller nitpick that just kind of shows how weak the writing is in my opinion. He let's the queen, his ALLY, tell him what to do and dictate things. You guys are equals. She can't tell you what to do, just strongly suggest, urge, and try to convince you. She can not say do this or don't do this. Stop acting like you work for her. You even let her brainwash you without establishing any line or stating if it happens again there will be concequences. You just act like it never happened because you can't prove it. Like my god grow a sack you spineless monkey.

Also I'm not a light novel reader but if I had to guess Lyr, the dark skinned maid, is the person with the actual demon lord job title. It was established the demon lord was a girl and she constantly appears out of nowhere and seems to calm down and fix the MC's mental state whenever he has any issues so he doesn't need to grow as a character.

Quite uncommon, but I dare to say that is not awfully full of cliche like other isekai. However I found the plot a little bit plain and although having a stupid mc may be interesting to some extent, to be honest I ended up thinking "isn't this enough?". I couldn't continue after chapter 25, maybe the protagonist will develop into some much smarter person, but how many chapter would it need? and how many months will that be? Honestly, I don't found attractive the idea of thinking "oh this is turning into a good work" just when I'm like 35 yo. Anyway, is not that bad, is just that it was a pain seeing him dealing with the queen and other people in general.

The MC is an idiot and a doormat. An utterly worthless of a character.

Pretty great actually, a good manga just to chill but it i not the most outstanding one don't get your hope up.

Main character can now tame monsters but this is a rare job and no one knows about it so other people think of him as the demon lord who can control monster. Main character is pretty much overpowered from the start because of his hero class. There are little to none kingdom building elements in it but it becomes better once the main character builds his own country and he gets involved in a lot of political situations. Main character is overpowered in terms of strength but he is noob in political matters so this thing can put some readers off.