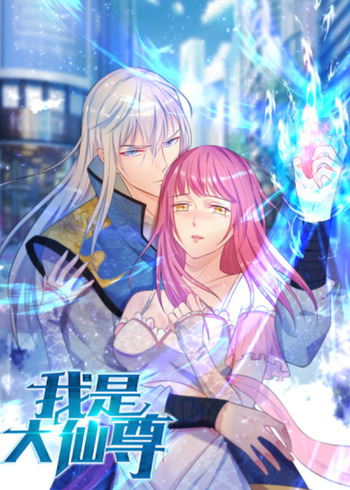 I really liked them both and they are very similar in concepts. Both of them are SUPERRR powerful and they both reached a godly stage of cultivation before ascending back through rebirth into their old selves.

I love the plot of the manga of the Rebirth Of The Urban Immortal Cultivator so when I found this manga I was really excited. they have a lot of similarities in plot and the Mc has around the same additude but its refreshing to see diffrent ideas, characters and conflicts. I 100% recommend both these mangas.

Before the fall of Chen Fei, one of the five celestial beings, the burning artifact reversed time and space and was come again to eighteen years old. The betrayal of the ex-girlfriend, the betrayal of the best friend, the suppression of the family... All the regrets of the past life, this world is going to take the path of the fairy.

• Both have the Reincarnation plot, where both MCs are reborn back into their lives in the past.

• The MC's are just so badass and powerful.

From world of cultivation transported to modern world

Had encounters with people that later on supported them

Although Im the Great Immortal seems to focus on revenge, Abandoned Son doesnt seem to be so

Tomin in the Alien World

Tomin seems to be a handsome and laughing boy, but in fact he has another identity - professional killer. After an action, he accidentally crosses the chaotic alien world, and the place of rebirth is the battlefield. Since then his everything has only existed in the legend...

Disciples and brothers betrayed one after another, and a generation of immortals fell. Though the body is dead, the soul is immortal! And with the most precious "Supreme Emperor's Scripture" to reverse the cause and effect, return to the earth, break the karmic barrier, and cast the divine personality again! This life will make the name of "Wuji" above the sun and moon!

the storyline is so similar that it almost feels like one is a remake of the other. both are worth reading.

The Rise of the Eye of the Nine Realms

When Yang Xiaoyi, the son of God of War, crossed the crystal wall, his body was destroyed and he was reborn on the earth and entered the Ziwei Academy to practice. Because of his poor spiritual roots, he was called the most trash student in history, but he was mysterious and powerful. The Tianyu system began to embark on the road of cultivation again. And unite the powerhouses of the Nine Realms to fight against the evil God Destroyer Army.

Do I Have a Screw Lose in My Head for Cultivating in a World of Superpowers?

In a world where even ordinary people have superpowers, anyone could become a superhero. When one desires to be hero without any superpowers, one must turn to cultivation. What are superpowers compared to cultivation methods? To save the world, all it takes is a flick of the fingers!

After traveling to the world of Xianxia, Qin Yun became a peak master of a sect, with the "Super Master System". Qin Yun always said, "Learn mathematics, physics, and chemistry, and you can travel the world without any fear". Now, the master is an exam madman, and in Qin Yun's view, Immortal Cultivation is also a subject. It is like a nine-year compulsory education, and only through scientific cultivation can there be a way out...