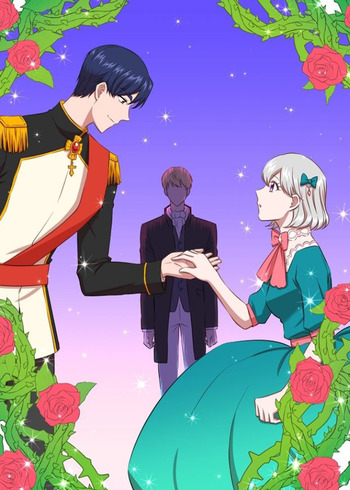 If you're looking for manga similar to I'll Protect the 2nd ML's Love, you might like these titles.

Reading about Lariensa was an innocent pastime, but Song Yiseul never imagined becoming personally entangled in her story. When she wakes up in a fictional world as Lariensa’s best friend Marilyn, she quickly realizes that her favorite novel’s star desperately needs her protection. The thing is, Lariensa is just a little too sweet for her own good, which makes her an easy target for master manipulators like Sibel Noma Kahn. As Lariensa’s loyal friend, it’s up to Marilyn to save her from the boy who will one day ruin her life. But Marilyn’s desperate attempts to circumvent Sibel only seem to pique his devilish curiosity. With the antagonist now suddenly interested in her, Marilyn sets out to foil Sibel's sinister plot to use her to get to Lariensa.

I Am The Male-Lead’s Ex-Girlfriend (Promo)

I am the villainess in a harem novel. My role as "Erika" is to be an evil ex-girlfriend. I don't want to be a dumb villainess, so I broke up with the male-lead first... But after 3 years, Leo came back to me. "I can't live without you. I still like you..." I'm not the girl you should be obsessed with?! The second leads also came to me. "I like it when you're next to me..." I'm just a supporting villainess, yet why are all these men confessing to me?! Who should I choose?

The Villainess Flips the Script!

I woke up inside my favorite novel, not as the protagonist, Luca Winterwald, but as Judith, his abusive aunt and the first character to die—time for a rewrite! I’ll hand Luca off to his loving, long-lost uncle as scripted, and then live my own life far from danger. At least, that was the plan. When his uncle arrives, Luca suddenly calls out, “Don’t leave!” Now, I must protect Luca from impending family tragedy, raise him to become the hero, and turn this villainess’s ending upside down!

Jinjoo has suddenly been transported into her favorite fantasy romance novel. This might sound like a dream come true, but Jinjoo is stuck in the body of the story’s villain, Demon Queen Astreia! If she doesn’t change the storyline, she will inevitably be slain by the fierce warrior, Caine. To prevent her demise, Astreia sets out on a journey to end the war between the human and demon realms. But can she win the trust of not only the parties in question but also of her suspicious companion, Caine? Or is her destiny bound to the novel’s pages?

The Kids Have Changed

Nara Lee, an ambitious and diligent 35 years old, has finally achieved her dream: buying a rooftop apartment! Little did she know she wouldn't have time to enjoy it, as she ends up reincarnated as the 8 years old Sharon Atrina, a side character in her favourite webnovel, "The Queen's Extravagant Outing." As Sharon, a wealthy and beautiful noblewoman, she has everything she could possibly want, but she's destined to die a pitiful death at the age of 20 after being betrayed by her best friend, Carol — the villainess! Rather than waiting for death, she takes it upon herself to raise Carol — whose terrible personality resulted from bad parenting — into a better person, and save both of their lives to change their future!

I somehow took over the body of a villainess in a novel. Originally, I was supposed to die after coveting the male lead, but instead, I decided to become a rich unemployed woman and enjoy a life full of pleasures. Until my brother came back after hunting the male lead who had turned into a wolf… Having been forced to look after the male lead, I somehow succeeded in taming him after many twists and turns. Now all that's left is to look for this mysterious female lead and hand over the leash, then it will be all over. But… "Have you become tired of me?" "No, not at all." "Then why do you keep trying to send me to a strange person?" Maybe it's because he has stayed with me for too long, but it seems he has lost his social skills and has also developed separation anxiety...