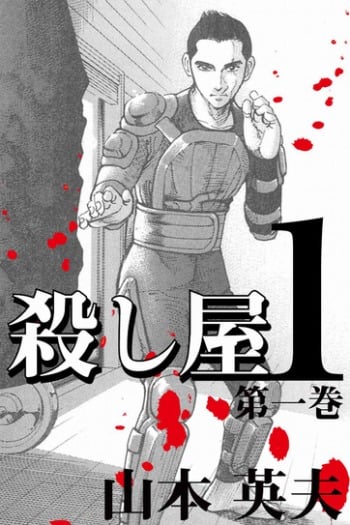 In the year 201X, Japan was faced with its greatest peril in the 21st century. Gakuto Komagane appeared on the political scene suddenly as if he was the messiah, but how did people react to his sudden ascension to power. What follows is an email newsletter by the political group, The Rising Sun, and it is a valuable primary reference that helps illustrate the political landscape at the time...

Many years have passed since Afro fought to become the number one samurai and succeeded in avenging his father's murder. Living quietly and without violence, Afro maintains a quiet life until his peace is shattered by an old enemy Jinno and a mysterious woman. Together the two of them take the Number One headband from Afro as well as his father's decayed skull. Promising to torture him, the woman challenges Afro to seek out the Number Two Headband. Only then may he challenge her and grant his father peace once more. Who is this woman who wishes so much suffering on Afro, and how many lives must he take before he may once again put violence behind him?

Kiroemon Natsume is the 45th leader of the Natsume family. Each leader inherits the power of extreme luck, which is sealed away in their left ear. He returns to Japan from Italy to succeed his father as head of the family, but falls in love with Kanako, a member of the rival Mina family. When he discovers that the Mina family is holding her as a hostage to use against him, he will stop at nothing to get her back.