IC In A Sunflower 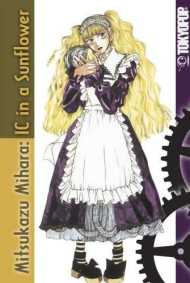 A future in which children are bereft of sexual desire... A woman who spends her life resisting a penchant for biting... A man who gets twisted love advice from a robot maid... The incredible Mitsukazu Mihara delivers seven stories that spotlight agonizing truisms of the human condition, painting a vivid picture of humanity at once consumed and rescued by its own desires. Dynamic characters, thrilling scenarios, passionate action... There is only one Mihara.