I Woke Up as the Ugly Duckling - Reviews 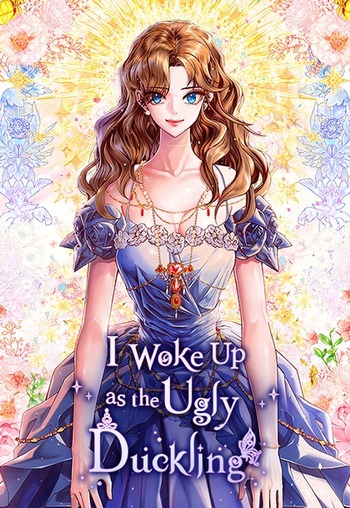 This is when transmigiration becomes unnecessary, even becoming a hindrance to a better story telling. Since the mc didnt experience all of those hardships herself and just got info dumped to her as memories rush through her head, the times when she overcomes something its not satisfying at all.

The art is okay though sometimes the mc looks weird with super long legs. I dont care for any of the characters.

Also, the mana thing was the most obvious and cheap way to make your character lose weight, sure she'll just shed off the weight right there and then. Just make the characters thin in the first place.

I only read three chapters, and it was enough to give up on any hope I had about the story getting better.

It MIGHT get better later on, but the start is pretty cringy. The initial characters all have unrealistic personalities, and the story is kinda overly idealistic.

I don't want to be overly aggressive about this tho, and I will add that some people might enjoy this. But I personally cringed enough to drop it at the third episode, and do not plan to giving it a second chance.

The art is promising, but all the characters look alike and dollish.

This is actually a really good read! It took some time to get into the swing of it, but it's a very enjoyable story.

In her new life, the FL is powerful, smart and wealthy, but isn't revenge-driven or anything like that. She wants to secure a good life for herself, and is the first isekai'd FL I've seen that engages in charity. She has to defend herself against a few malicious gossipers, but all in all, she builds people up rather than cuts them down.

Sylvia regularly takes actions either out of the good of her heart or out of foreknowledge of the future to save people, which tends to have bigger consequences than anticipated... but anything more would be a spoiler.

Her family is a bit of a mixed big - the father seems to be an arsehole (or at least very, very strict), the mother is barely even mentioned (but still alive somewhere), the eldest brother is absent but was apparently kind to the "original" Sylvia, the second brother starts out judgmental but corrects his attitude quickly and becomes decent (maybe even nice in later chapters), and the younger sister is genuinely good person and routinely nice to the FL, despite the fact that the "original" Sylvia broke her arm the day prior.

At this point, I honestly can't tell who the ML is, but there's no one I would veto outright.

Why and how she reincarnated hasn't been discussed yet, but there's been some delicious foreshadowing that hints at a deeper plot.

To summarize: Not a particularly deep story, but an enjoyable read that brings a smile to my face. Would recommend.

A nice and lightweight read. By lightweight I mean, that there aren't a lot of struggles for the MC. One plan after another succeeds (in one way or another). You could say, the main plot of this is not MC's struggling to become stronger, but for her to get things done. Since everything, more or less, falls into her hands by coincidence, it sometimes feels like the story is eventless.

But if you've read your few dozen aristocracy manhwas with female MCs that usually are full with betrayal, evil plots and scheming characters, then this is a nice change of pace, at least for once. You just have to know what you're about to read and you have to be in the mood for it.

I like the MC a lot and there are no annoying side characters that only exist for delaying the plot or to treat some viewers fetishes (like being a potential ML, even though you already know they won't become the ML, because you've read your fair share of similar stories). That is a huge plus for me, since there usually is AT LEAST one such annoying and useless side characte. They totally ruin everything for me whenever I see their faces and read their dumb and meaningless lines.
Well, tbh, there is one useless character constantly training to become her knight, while she's completely OP. Well, he will probably become the ML, so he should be displayed as hardworking and dedicated, I guess. Fortunately, he doesn't appear that often (even though every chapter he appears, I'm disappointed, because the chapter I waited long for only contains their childish wanna-be romance lines and cliches that I'm so tired of especially with a characterless character, if you know what I mean), Well, just scroll over it, it's meaningless anyways. Almost all the other parts of the story are still superb! 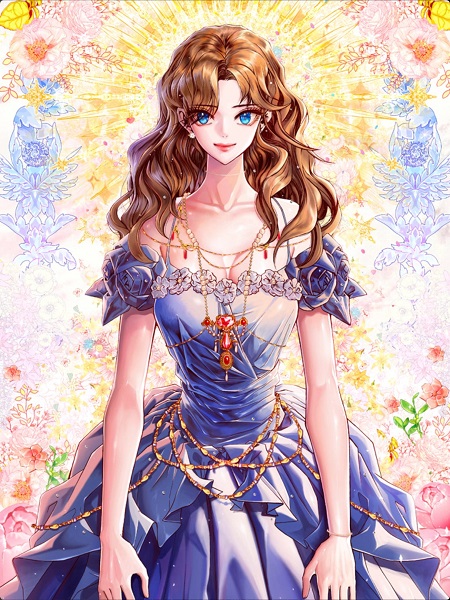 A young woman who has suffered with bad health dies and finds herself transported into the body of Sylvia Atlante, the eldest daughter of the Duke of Atlante who was one of the most powerful and wealthy nobles in the kingdom. Sylvia, however was the outcast of her family. The one people either ignored or ridiculed. The other Sylvia had heard how she was the ugly duckling in her family all her life and how they didn't see how she could possibly be related to all the beautiful members of her family when she was so very unpleasant to look upon. Sylvia quickly grew to despise how she looked, how people treated her, and how her own family either ignored her, or thought the worst of her. She comforted herself by binging on food and gained quite a lot of weight. She was also known for her bad temperment and the terrible way she treated her 'angelic' little sister. This, of course, led to her slapping her sister in a very public place and she was banished from her family and the real Sylvia commited suicide.

Thus, the young woman who wakes up in Sylvia's body is shocked to learn that she has all of Sylvia's memories of what will happen 5 YEARS into the future! So she decides that she's going to attempt to change things and if in the end she can't change the outcome then at least she could make life easier for herself so she works on bettering herself and her future situation which leads to a massive weight loss and a complete personality change that many people aren't sure if it's some grand scheme of hers or not.

Meanwhile she starts to put her plans into motion to make her future even the slightest bit better all the while trying to keep it from the Duke's eyes and ears so that he cannot intervene and ruin things before they can even be set in motion. Will Sylvia succeed or is she destined to be banished in a future set in stone?

I had not heard a thing about this series. It's fairly new as of me writing this review and only has 12 translated chapters. I found it by chance on the website I read manhwa and manga on where I stumbled on it while looking through the series that were updated. It sounded interesting so I gave it a go and finished all 12 chapters in a single sitting. I really can't wait for more of this series to find out what happens next! I want to see Thev meet and surpass the expectations she has of him and remain loyal to her while she proves her worth to those ignorant pieces of trash that treated the past Sylvia so terribly! Also, would LOVE for the Duke to get a swift kick in the nuts! He's a total ass, and a terrible father!