I Was Human - Reviews 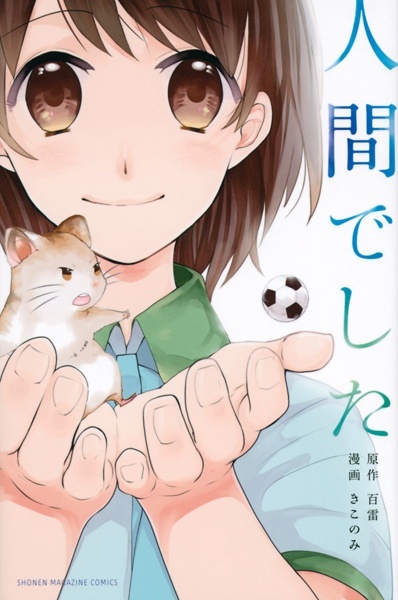 I think a few months ago now, I read the first chapter of this manga, found it awkwardly introspective and melancholy, and set it aside. I blame Manami. Fe's not a very engaging character; fe's a "slow-witted and weepy" flower otaku who has a crush on the thorny and aloof Kazusa and spends too much time in feir own head. On top of that, the chapter included an out-of-place exposition about the nature of the soul foundry within some dialogue, just because they needed to set the stage. When I came back to finish this manga today, I found myself much more interested. Chapter two onward are the actual meat of the story, with Kazusa's soul having been temporarily transported into the body of a hamster. It's pretty cute seeing this talking hamster with feir grumpy little personality and seeing these two people getting to know each other for the first time during this strange situation.

The situation introduced in chapter five does tug on my heartstrings, because that would suck, but I can't say I really empathize with their fear of not being in each other's lives anymore. After all, couldn't Kazusa have just written femself a note, or even better, a lengthy letter?