I Want to Eat Your Pancreas (Novel) - Reviews 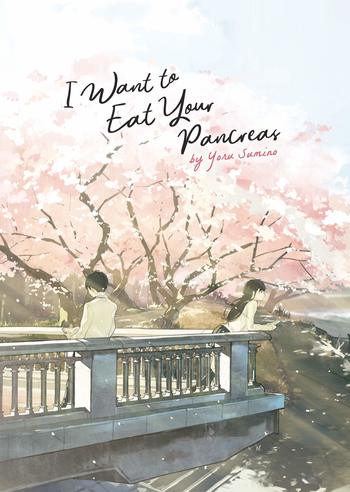 The manga title is not really appealing on the surface and when taken at face value. I kinda struggled a bit to get past it but, when I finally decided to tackle it I was glad I did. The manga has a good story though without spoilers anyone can tell where it is going after about 4 chapters give or take. The characters both male and female mc show a lot growth up until it comes to an end. One thing that bothers me is I feel like for the female mc's friend they could of did some more story with her. For a support character so important to the story you would think they would show more than a few pages of story for her and less of her always raging at the male mc (or maybe this was her way of showing she cares...lol). The title comes to play an important part that connects both mc's on a emotional level and it hits home when it should. I would recommend reading this if you got time. It can be found almost anywhere, is completed and worth the read.

The art style grows on you so don't be turned off at the start by it. The story more than makes up for it, if the art happens to bug you for some reason. :)