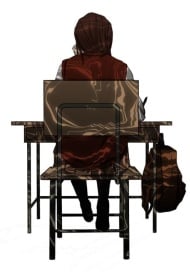 So, to start, I have been reading "I love Yoo" since 2016 when the creator, Quimchee, was still publishing it on the non featured webtoons side also known as discover on webtoons.com. I'm saying this because i may seem biased from what i have to say as i have already grown an huge attachment to the story and its characters during the last 2 years. STORY: The story starts off with our main female protagonist, Shinae, that doesn't have any interest in romance nor love. Since i have already watched and read a lot of stories with the same type of main character, i would assume Shinae would obviously happen to meet this amazing character and start to fall in love with them since it has a romance tag and everything.. but guess what, it's not even really that what happens! This story gets away from a lot of romance stories cliches and tries to be it's own thing, and an original and interesting story is all what i would want for it to grab my attention. Shinae does of course meet other male characters who are kind of her love interests, but... she doesn't start to see love has a different thing mainly because she has her own personal problems as her life isn't always fair. I would even say romance is just a side genre and this story real main genre is drama, actually done pretty well which i appreciate. Plus, the passing is good. ART: It's great, i love how different from other ones it is and how it improved since the start. The characters expressions are super nicely drown to the point that you can feel their pain, their joy, ... all of their feelings, really. The only thing i would complain about is that sometimes the art feels a little bit inconsistent but it can be just me, and i know Quimchee has now a time limite to draw each chapter since they tend to come out every week. CHARACTERS: This is probably, other than story wise, I Love Yoo's strongest cathegory. Each character feels like their own and not like a copy paste of others like how i sometimes can be reading some other weebtoon/manga and list multiple characters that are 100% just like the protagonist.. this just doesn't happen here, well, aside from Kousuke's character maybe since he really didn't receive much development yet. Let's start with Shinae; She's a independent and strong girl, knows what she wants most of the times and goes for it even if there are multiple obstacles she must pass through first. She doesn't care much about what other people think about her or even if they make fun of her persona.. but of course, she too keeps a lot for herself and because of that has to let it out from time to time at certain points. Shinae and another character (Yeonggi) are characters i can admire a lot and even take inspiration from.  Next we got Yeonggi /or Nol/, a character that even if smiling all the time still has a lot hiding inside, what makes his happy persona seem fake since he even has this mysteryous aura that appears from time to time. I believe his boy has suffered a lot since he was born and i can't wait to find what happened to him that made him be like this. That aside, Yeonggi is just the perfect friend everyone would like to have on their lives, someone that cares for you even if you yourlsef are not aware or don't give him any or enough credit for it. And he's my favorite character since day one, so he's best boy on my list too. And finally, Kousuke, Yeonggi's brother. Even if cold on the surface he can be super caring thowards Shinae as he starts to get somewhat closer to her. As of now i would say he's the character from the main trio with the least development while being the second with the most screentime (just behind Shinae). I would like to see this change and see more into his own story but i know i will because Quimchee is that author that never dissapoints. I would too say he's my least favorite of the main three too, but that doesn't mean i dislike him, to be honest, i'm super neutral towards this character since he can too be sometimes rude and selfish and i don't think knowing more about him would make me forget how he treats others or acts sometimes.. but that's just me. As for shipping this may not come out as a surprise after you've read all of this but i really love the chemestry Shinae and Yeonggi have together. He's the only one who can make all of Shinae's negative emotions she keeps to herself come out, while she's the only one who tries to understand him. I wouldn't like to drag other ships here but i must say this, while Kousuke cares for her too, the caring Yeonggi has for Shinae is on a total different level and at least at the point the story is right now, i don't think she would open up to Kou like she does to Yeonggi so easly. If she does end up with the older brother i will feel kind of dissapointed i must say but it will not make much of a diference since the story is just simply great on its own. Overall, i give this webtoon a 10 and i don't think it will change too. Thank you for reading this review until this far!

I love romances that are a bit different from the norm- and this is one of them! MC Shin-ae is a perfect mix of sarcastic, vulnerable and derp. Her interactions with the other characters show off her great personality- especially with Q-tip. The story gets more emotional as we discover more about Shin-ae and the difficult life she has lived. I am really looking forward to seeing where this goes (hoping in the Q-tip direction).

This webtoon has made my heart flutter having to basically have 3rd person point of view. Showing why she is feeling very..tense at times reminding her of things yet she is a strong lady maybe not physically but mentally.  Loving the parts where they are really having to say f*** and S** is what makes the story more entertaining especially coming out of a girl character knowing that many webtoons are afraid of getting reported I Love Yoo is, in fact, the opposite and I am intrigued by it. Very cocky I would say. Though I really want to hold my hands and not type too much for being afraid of spoiling the webtoon I just have to say WOW!!!!