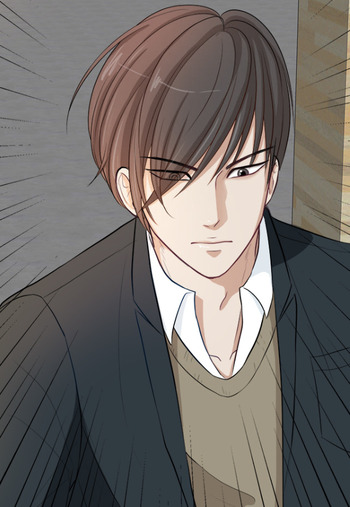 So I'm not one to do reviews but i really didn't like the ending/ chase and joels relationship... joel knew how young he was and he still  Pursued him. It felt uncomfortable reading the webtoon.. but i mainly read it for Andy and Jesse. Joel didn't take the answer no and told chase he'll adpot him as his son  so he can have a family with him. That's pretty fucking creepy.  In the end they ended up getting engaged yadda yadda. Chase was 17 and just turned 18 while joel is 37! I definitely won't be reading this again

This is my first review, because english is not my native language,  but I had to do it. I Like You is a webtoon that I followed from the beginning, and in my opinion, it had everything to be a good story, but that was not what happened.

First of all, the relationship of the supposed main couple was not well developed. The couple's introduction to the readers was promising, but the development was rushed, so I feel almost no empathy for them. In one moment Andy hates being with Jesse, and shortly thereafter, he is in love with him and they start having sex.

In second place, the side couple makes me extremely uncomfortable. Joel, a grown adult, and chase, an underage teenager who is the same age as Joel's son.

In conclusion, the beginning was good, but the ending displeased me.

I give everything high scores cause I was literally dying of laughter for most of this. Like TEARS were coming down my eyes. But Joel was type creepy so likkkkeee yikeessss. Chase was 18 and he was 37! Yikessss.