I Got Pregnant with the Tyrant's Child - Recommendations 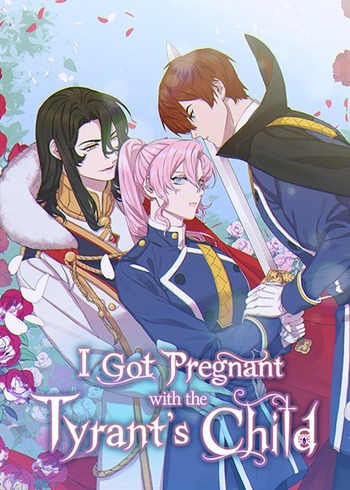 If you're looking for manga similar to I Got Pregnant with the Tyrant's Child, you might like these titles.

Both of these mangas are about an FL who hates the emperor that loves her. I loved both of these.

Caught by the Villain

A lifetime as a fencing prodigy prepared Eunha for her new role as Selena Evan, novel side character and daughter of a renowned swordsman. Life isn't actually so bad after being sucked into a fictional world, but she’s doomed to meet an untimely death if she can't escape the clutches of the villainous Prince Ignus. When Selena's twin brother, Celestine, runs away before his military conscription, she has no choice but to enlist under his name to avoid getting her entire family executed. But hiding her identity won’t be so easy once Ignus takes note of her impressive sword skills and sets his sights on turning “Sir Celestine” into his top henchman. With the threat of execution looming over her head, can Selena avoid getting caught by the villain?

Both Female Protagonists are treasured by either a prince or a emperor, and both of them are skilled swordswoman and knights.

Lady Carinne is in danger of being sold off in a political marriage, but the arrangement falls through when she spends a night with a mysterious stranger, willingly conceiving his child. Her spiteful father locks her away as punishment for years, until one day - another suitor steps forward, offering to marry Carinne and take her child in. When she arrives at his castle, however, she realizes he is someone she has met before…

both fantasy manhwas considers of one night stands where the female lead ends up pregnant thinking the male lead wouldnt want the baby. but the male leads actually want the children

Wished You Were Dead

King Karloi of Croisen finds himself at odds with his position in life. His wife’s father, Duke Deluah, is angling for the throne, and as an outsider to the family, Karloi fears for his position. His frustrations have affected his marriage, though he finds himself questioning his cold approach to his wife, Evonne. He may no longer recognize her, but Evonne saved his life long ago, and was his first love. This is but one of many secrets Evonne bears the weight of, having fallen victim to a curse that prevents her from telling any secrets...

The beautiful imperial princess of the Brizina Empire, Kasia Miro del Brizina, is rumoured to be a witch, but she just has one tiny wish. To open a doll shop. In order to make it a reality, she calls in the favor of her stepbrother, Emperor Deon.

To save my family from certain doom, I offered to become the Emperor’s secretary in place of my clumsy brother. I excelled at work in my previous life… to the point of overworking myself, but that’s beside the point! I know I got this. I served the tyrant emperor perfectly, down to a T, so now I can quit working and the plot can continue on. But when I asked to resign, he retorted, “Do you want to die?” Your Majesty, you’ve always been disinterested in people, why are you holding me back? Please let me live the rest of my life peacefully!

Ashé, who had hoped for a stable life, was forced to another country after her brother got a marriage offer. Due to the fear of dying in a horrible way if she does an unwanted marriage, she ends up poisoning her own brother. One day, after being imprisoned in the palace for that crime, the imperial prince came to find her.

A young girl becomes the princess in a foreign kingdom and vies for the cold prince's love despite the obstacles that stand between them.

Unrivaled looks, extraordinary skills, a clear path to the throne—Sienna Argent has it all. And now she’s even seeing visions of her future! Everything is set for her as the Silver King and soon-to-be emperor... So why has she suddenly grown wary of those around her? The mother she’s always seen as her ally, the half-royal half-brother she’s constantly shunned, and a man shrouded in mystery, all seem to play a hand in the course of her future. Is Sienna destined for a less than happy ending?

Ginger and the Cursed Prince - Specials

Special chapters of Ginger and the Cursed Prince.