I am the Sorcerer King - Reviews 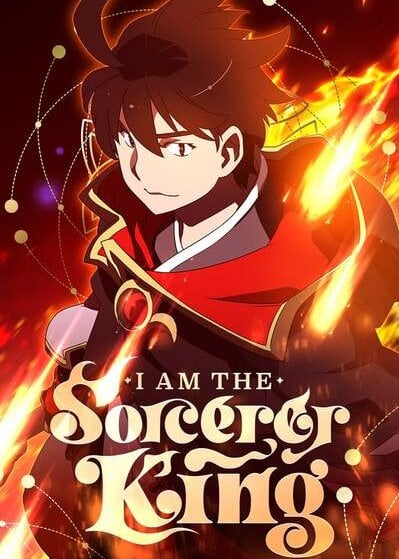 I understand why people are saying that it is similar to Solo Leveling and in many, it is. However, doing the research and given the additional knowledge that this was released BEFORE Solo Leveling. So I would like if some people were to check the resources before writing their comments on their opinion. It is a good story overall, and the main character is definitely smart and characters are likable. For people misunderstanding anything, I loved Solo Leveling and it will forever be one of my favourites. I loved this manhwa as well, and if you're looking for something similar to Solo Leveling, I recomend you check this out

Completely repetitive character expressions for every single character throughout the manhwa. It makes me cringe every time they use the 'have one eye closed' expression multiple times for every chapter. I usually keep complaints to a minimum when reading something new but i had to force myself to see if theres anything i might be too harsh on. Art is alright, story could be improved, put more work on making it more unique, ESPECIALLY the expressions. You gotta make the characters more likeable that way instead of being lazy with it.

Honestly, this manga is like literally a blatant ripoff of solo leveling. Monsters appear from gates and stuff, people get cool powers, the mc's mom is sick, literally like the same thing. I also forgot to mention that the mc in this one awakens to his powers in a near death scenario.... hmmm... wonder where thats from.

I mean, if you wanna read this for the plot of awakening to cool powers, go straight ahead. But, if you've read solo leveling, this manga probably is gonna bother you a little bit.  5/10, stolen plot, but still kinda cool

Edited Review: Honestly, it's something to waste some time on if you're bored, but it's nothing outstanding and here's why:

The author has no idea what they're doing.  The first 20 chapters seem like every cliche 'gate' and 'hunter' manga/manhwa meshed into one, with terrible art to boot.  Around chapter 40-ish the art starts to get a little better, though the characters can hardly ever seem to keep their both or even either of their eyes open.  Plot-wise, things that were interesting start to be a little more interesting, and you get a hint of some bigger plot.

Then it all goes downhill a bit later.  They throw in random tropes, it starts feeling like a bad crossover, there's a lot I can't say without spoiling things but at a certain point the author is clearly just throwing in random things to slow down their overly overpowered main character from actually solving the plot, and giving him more issues to need to resolve.  If this was an episodic serial, where every 'episode' was different, then maybe 'going on forever' wouldn't seem so contrived, but in this it certainly does.

I made it to chapter 103 before I had to drop it but it wasn't because I was interested, I was just bored and it wasn't so bad that I couldn't push through in hopes it would get better.  Then in that chapter, something happened, and now it IS that bad, lol.  It's a mess.