I Am Being Chased to Fall in Love Everyday - Recommendations 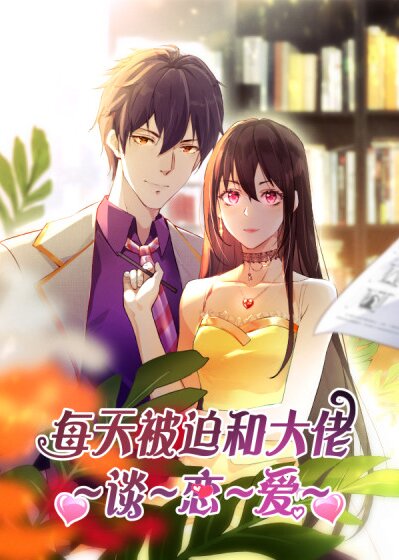 If you're looking for manga similar to I Am Being Chased to Fall in Love Everyday, you might like these titles.

My Boss Won't Stop Loving Me

Hao Jiamei is an ordinary employee who aspires to thrive in her career. After a drunken night, she wakes up next to a handsome stranger, and she pays him for the night. To her surprise, the stranger turns out to be her new boss, and he can't seem to leave her alone.

Nai Xinhuan, who was cheated on by her boyfriend of many years decided to change her lifestyle and become a playgirl. She vowed to flirt with every cute boy she meets but seems to have met her match, the indifferent and slightly gloomy Ren Xiaobei. When Ren Xiaobei couldn’t hold it in any longer, he finally tells the boy-obsessed Nai Xinhuan what he was really thinking, "Miss, you’re kinda weird!"

This should be the happiest moment of my life. In my wedding gown, waiting for my groom... didn't even realize I lost conscious. Until I woke up... after giving birth to a child? Where is my child and who is the father? Years after the fact, will I be able to find out what happened that day?

Take A Shine to My Sweetie

An ordinary girl named Stellar Xia, a powerful president Jamil Qin, and the engagement written on paper... poor as Stellar Xia is, she embraces a mysterious lot, in which there are unbeknown secrets; While Jamil Qin, a cold and bossy president, thinks that he can lives up to his family as long as he chooses an obedient girl to be his wife, however, after getting married... this story is not only about the growth of the leading female character, but also chivalric code of the married couple.

She has loved him for 8 years. By virtue of identity substitution, she finally gets close to the man she’s loved for 8 years. But old times, old things and former famous people cannot be recalled. Will the love fade out or turn warm again? Gu Yusheng, do you know I’m Qin Zhiai? I will love you for the rest of my life.

The Trap of Mollycoddling

Xia Weiyi's chivalrous dreamlover proposed to her obnoxious step-sister. In a pit of temper, Weiyi married her childhood sweetheart Gu Yiran - a decision she regretted to make immediately... "Gu Yiran, that was a mistake! I want a divorce!" "It's too late. Now that I've got a hold of you, I'll never let you go!" The girl who wanted to run away didn't expect that she would slowly fall into the sweep trap this scheming president wove.

Luo Jiayue, a small-time actress turned substitute bride, married a rich president! Being together day and night lit the sparks of affection, but was it true love or possessiveness? Forget it, I’m willing to sell my act but not my body, Luo Jiayue thought. Boss, if you’re going to be like that… you need to pay more money!

She was pushed to a man with extremely mysterious identity. After she was intimate with him, she had no choice but to run away during pregnancy. A few years later, she showed up with her son, Bao! As a little man, the biggest dream of Bao is to help his mom find a perfect husband who should be the richest man in the world with a height of 1.99 meters and 8 abs for his mother! “Mom, what do you think of this man?” added Bao，pointing his finger at the man who seemed to be a plus size version of himself. “Woman, you’ve escaped for a long time, it’s time to come back and make an apology!” The man appeared aggressively! As a result, Lin Zhi lost not only her son, but also her heart!