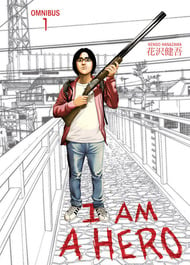 I have to say I dropped this manga once before after reading about two chapters since I didn't like the main characters, but when I picked it up again and made it over the first volume I was really surprised. Suddenly I realized that Hiro was well written character and the rest as well and the beggining made much better sense. Story: The story is well written with obvious intents from the start of the series I never though that the author made somethig up on thespot. I especially liked the chapters about the rest of the world. The zombies were great and the explanation which was still just a speculation was also enough. The only thing I didn't like was the ending, I would not say it was bad, but rather it didn't felt like an ending at all. I still don't know if authors intent was to let us believe that Hiro live and died in the city before anything happens, but I cannot think of anything else. Art: Brilliant, the artstyle was great but the usage of pannels with small changes showing only seconds of an action were great. Normally I read the text and look at the pannel for the plot, but here I stayed to really look at the pannels art.Characters: Humans, we only got a little bit of character development, but they all acted like humans and not some robots.

This may be the recency bias speaking, but I think this might be my new favorite Zombie Apocalypse story. It does basically everything I want an Apocalypse story to do, and has an incredible amount of depth in the character writing. I do have a few minor complaints, but overall I am incredibly impressed by this. Story - We start with a 10-chapter look at our main character's 'normal' life prior to the outbreak. From there, we follow him as he struggles to survive the initial outbreak, encounters friend and foe among other survivors, and comes to terms with the many difficult choices he has to make along the way... It's a very character-driven narrative, where the overarching plot is largely just a roadmap of locations the MC ends up, and the colorful cast of individuals he meets along the way. Partway through, we start seeing a handful of scenes in other survivor groups independent of the MC, and some of the impact they have on the world. Overall, I am very, very pleased with a narrative like this. The only thing I can find to complain about is that there are a few segments that felt a bit rushed, especially near the end, that I feel would've been more enjoyable if they'd been fleshed out a bit more. 9/10; One of the best Zombie Apocalypse narratives I've come across. Art - The artist has a very distinct visual style to their characater designs, and it can be a little offputting at first - one might even call them ugly in some capacity. However, I think this is a very beautifully artistic way of capturing the characters' personalities, as not only does he convey a great amount of emotion with their expressions, it also allows him to subtly change the characters over time to demonstrate growth from a visual perspective. Despite the initially-offputting appearances, I grew very fond of the designs by the end. Beyond the character designs, there is an incredible amount of detail in this work, with a very special attention to backgrounds. The colored panels every so often are a real treat as well. 9/10; I especially love the characters' smiles. Characters - As stated in the Story category, this work heavily revolves around the characters - as with most Apocalypse stories. Fortunately, the author comes through in spades for this category. Absolutely brilliant writing and incredible detail in every way, shape, and form. Every character fits squarely in the sweet-spot of having distinct personality, while still remaining perfectly believeable. Especially the Main Character; there are moments of weakness and moments of heroism for him that both feel perfectly in line with how he was portrayed from the beginning. 10/10; Damn near unparalleled in this genre. Overall - This is a masterful work of art that sits at (or at least very near) the top of its genre. This is the sort of work you point to when someone asks why you like the Zombie Apocalypse genre. This is the sort of character drama and narrative that feels like it would even please someone who normally doesn't care for Zombie stories. I'm in love with this work, and anticipate re-reading it eventually. 10/10; I need more! 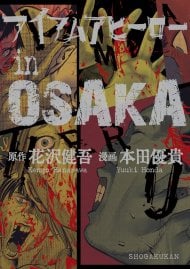 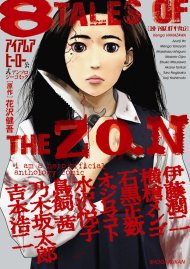 8 Tales of the ZQN 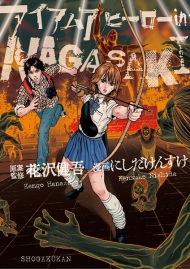 I Am a Hero in Nagasaki 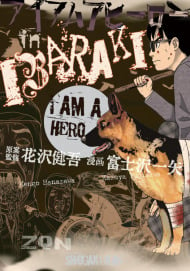 I Am a Hero in Ibaraki