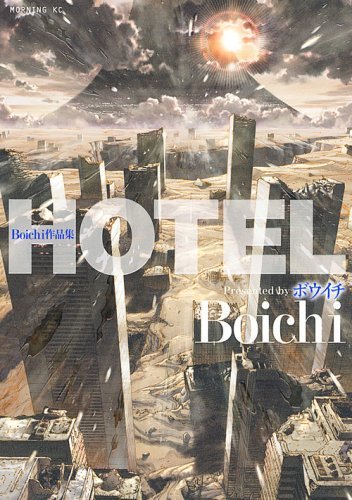 I usually hate anything and everything with an environmental theme (way too preachy), but I thoroughly enjoyed this. It reminded me of Isaac Asimov's "The Last Question", the plot and tone were along the same vein. The art was attractive, especially the couple of full-color pages in the beginning. It's pretty short (one-shot), so there isn't much more I can say, but I recommend it!

(Didn't get full marks because the brief chibi-humor felt weird, and I wasn't quite pleased with the ending, but everything else was great) 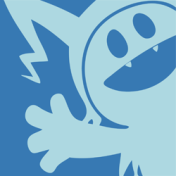 Though I wish I could have given Hotel a higher score over all, being a one-shot with an art style I don't exactly love (that is, the style of the humans only) I feel unable to do so.

Hotel by Bouichi is a short but beautiful story about not only humans' eternal struggle to live. In April, A.D. 2031 the construction of a humongous tower begin in the Antarctic to preserve DNA from all living creatures on Earth during the inevitable extinction of mankind and the end of the planet as we know it.

Alone in the tower after the end of the world has come is the computer "Louis," doing everything in his power to keep the DNA safe and contained for millions of years until the planet once agains becomes inhabitable.

Like I said, Hotel is a very beautiful story, but be warned that it is also very sad. I would be lying if I said I wasn't close to welling up at the end.

Okay, so there are five stories of varying quality (though none are amazing). The first story is the one about the "hotel." I had read the original oneshot and this felt pretty similar to that but with a slightly different ending. I might rate it a 5/10, I guess. The second story is about someone who went through therapeutic hypothermia and has now awoken, but with only three days left to live. There is a plot twist. I would rate this story as a 3/10. The third story is honestly pretty funny. A scientist ends up making a series of ingenius inventions that save the world from the decline caused by global warming, but fe makes all of these contributions accidentally while searching for a way to resurrect tuna. I'd rate it as a 4/10. The fourth and fifth stories are both pretty horrible (1/10s). They seem to be riffing on mythological type things. I would suggest avoiding these two altogether.