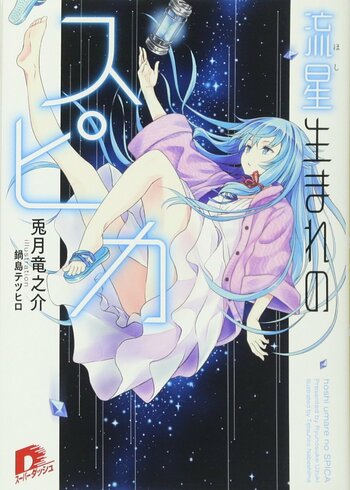 If you're looking for manga similar to Hoshi Umare no Spica (Light Novel), you might like these titles.

After the world was recreated countless times, a world that would not be destroyed was created. This marked the beginning of the City era.From Berlin to Detroit, this series tells the stories of the unique cities that came to be in that world.

Set many years after a devastating war, which killed 80% of the earth's population. Earth is being watched by a group of beings known as The Third, named after the red eye on their forehead (Space Eye) that can access many types of computer systems.