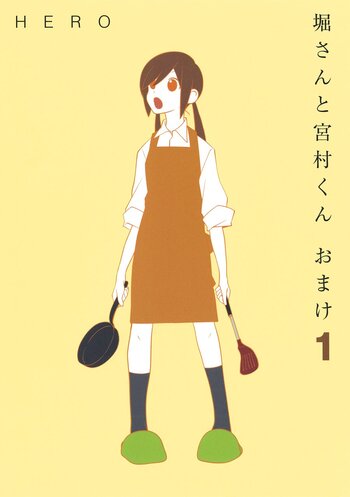 Narugami Kyoko is a 14-year-old girl with extraordinarily high amounts of static electricity. She shorts out electronics, shocks people, frizzes out people's hair, and makes their clothes full of static. Understandably, most people at school avoid her, except for her friend Hikari. This 4-koma style manga features her humorous everyday school life as she hangs out with Hikari, interacts with teachers, and tries to become closer to her other classmates despite her electricity problem!

Nee-chan to Ore to, Tokidoki Sensei.

A 4-koma series illustrating the daily lives of the Nijigasaki High School Idol Club's members. Nine ordinary, yet unique high school girls compete against each other for the title of the "No.1 school idol", but what situations will they find themselves in!? Follow them as they deepen their bonds with each other.

The crazy antics between a class rep and his straight man friend, and their back and forth interactions with one another as one attempts to seduce and the other attempts to deflect.

Akuno Asahi appears to be a beautiful and smart high school girl who would go to any length to help her classmates and teachers. However, hidden in her heart, she harbors a desire to be the leader of an evil secret society. She was starting to think that her dream would never be fulfilled, but then one day she meets her truant classmate, Hitoyoshi.