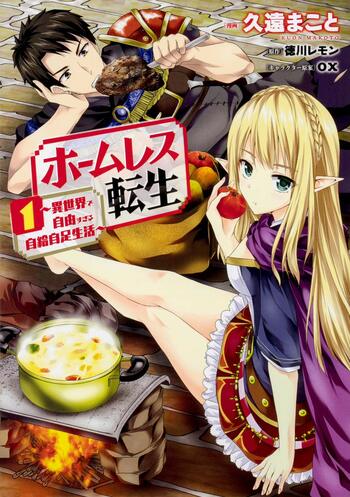 I was intrigued at first because it had an adult man instead of an edgy otaku boy as main character. In the end it turned out to be the typical get reincarnated as an op character in another world. He meets an elf as soon as he arrives and partners with her because plot and that's how it goes. It's more a slice of life than a shonen really and I wouldn't mind it but I got bored along the way. Nothing of substance happen.

It's the same routine of fight monsters, get new ability, talk, eat then back to square 1 and you repeat the process over and over again while showing a new character here and there to give a sense of movement.