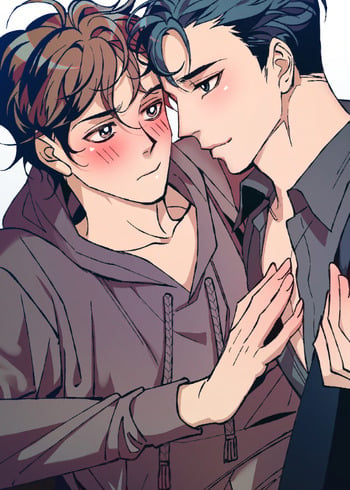 Wow, I cannot say enough good things about this webcomic. At first, I thought the title made it seem a little superficial and it was going to be a bit formulaic... wow, was I wrong! This webtoon has filled me with so many emotions. First of all, the illustrations are so beautiful. But more than that, this series covers some pretty heavy topics. As someone who lost her mom at a young age, I felt myself relating to so many of the emotions and personal conflict these characters work through. All the while, you have a passionate love story involved. Full warning, this story does cover some pretty aggressive mental health issues, but it is very much worth the read. Highly recommend!!

Wow. This was really something. I am so happy with the amount of detail the author put into explaining their back stories (when we got there), the amount of realism, as well as the play on colors to show the change in mood as well as them progressing to healthier behaviors... It's definitely a tear jerker (and a steamy one at that), as well as one I would recommend.

I was able to relate so much to Junwoo because of certain experiences, as well as my feeling of being disconnected from others (especially out of fear of getting hurt).

The storytelling is absolutely beautiful with this one. There's a lot to be said about the tragedy of the hikikomori and I think this manhwa covers a lot of it. I don't usually get really attached to stories or characters, but this one made me tear up quite a bit. I know someone who would be considered a hikikomori, so reading this story constantly reminded me of that person and even made me more sympathetic as someone who has thankfully never dealt with depression. I think what made the story so impactful was the fact that the author herself experienced a period of stagnation like Junwoo. In fact, I've felt burnt out and unmotivated before like the author. All I can say is that anyone can appreciate what this work is trying to convey.

Now my parents aren't dead nor have I lost a loved one, but I could relate to Junwoo a lot. Although the cause is different, my depression is very similar to his. You always want to stay at home and wish people would stop pestering you, but also hate being lonely. It's hard to realize people actually care about you when your anxiety shoots through the rough, blinded by anger you start to assume. It's just so conflicting that at some point you want to just put everything down and drown in your own misery.

Personally, this manga is very inspiring. Anyway, this review should be about the story so I'll get on with that.

Story: Junwoo, a hikikomori, passes his days alone, nestled within the darkness of his room that protects him from the outside world. The one strand of light capable of piercing his world is Hanbit, his neighbor and love interest. But when Hanbit leaves to study abroad, Junwoo is forced to take on a roommate to make ends meet. Could this break to his routine be the very thing that Junwoo needs to free himself of his darkness?

Quite a few moments where I wanted to pull my hair out. But it got me very emotional, which I look forward to in a manga. I like to understand.

Art: Not what I would prefer, but it's fine.

Characters: Well, Junwoo is adorable and I love his personality as he struggles onward. He did make me  very angry sometimes but not everyone is perfect. Next we have Wooyeon, AKA the seme. Something about him was shady but in the end I realized he's just human. I had read about fairytale-like, perfect characters for so long I had forgotten that characters like Wooyeon exist. He was just so realistic, both characters were, and I loved that. He had faults unlike the usual calm and collected rich seme.

I gotta say folks, this is quite a bit of an emotional saucy Yaoi I've ever read. You would feel for the character Junwoo who is locking himself up because he had quite a troubling past and the fact he was harming himself, really breaks your heart. However Wooyeon was honestly the perfect person for him who was so patient with him that it melts your heart how much he cared about Junwoo.

You have to read this 47 chapter manhwa folks, it is very very good!