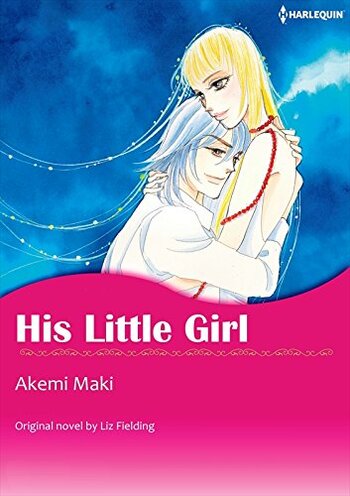 Vere Tolladine, a successful businessman, needed help. He’d been taking care of his late brother’s wife and her children and couldn’t keep doing it alone. So Fabienne became his live-in nanny. Vere is unfailingly kind to everyone… except Fabienne! She can’t understand why Vere treats her differently, but she can’t stop thinking about him. Fabienne has conflicting feelings about Vere that become even more complicated when she realizes that Vere is in love with his sister-in-law…

Natalie is a wedding planner who doesn’t believe in love. As she’s coordinating a wedding for her good friend, she reunites with Colin, who has become a wealthy businessman, for the first time in fourteen years. He holds a special place in her memories as her first crush. Taken with his warm, dazzling smile, she invites him out to dinner, only to be promptly refused! However, several days later Colin requests that she plan his younger sister’s wedding. But this time, why is he the one who is pursuing her?

Kitty was left heartbroken after her affair with Jake, who was far above her status. After spending their first night together, he suddenly seemed to become a different person, and then married another woman! "I'll never come back to this place," she vowed. Time passes and Kitty makes it big as an actress. However, hearing of her grandmother's death, she returns to her hometown for the first time in 8 years, only to bump into Jake! "You finally came back," he said. Jake, a man who left a deep scar in her heart... But why does her heart flutter when she sees him?

"I won't let him get away with this, that horrible man!" After reading an article that slanders her best friend Sarah, Carrie bursts into an independent newspaper publishing corporation to complain. There she finds a man with gray eyes so handsome, he takes Carrie's breath away. The man seems indifferent to Carrie's anger and, rather than attend to her complaint, teases her. Despite their constant arguing, a special relationship forms between them, but Carrie's painful past means she is too afraid to love again. But they both can't pretend not to notice their passionate love for each other burning within...

"Hannah, will you marry me?" The proposal from Ethan, a man she loves, should have been the happiest moment of her life... If the marriage wasn't just a contract. Hannah was hired as a nanny after Ethan's wife passed away, then Ethan asks her to be "a mother to his children." Hannah wants to be loved as a woman, but it seems Ethan cannot forget about his late wife... When will he realize Hannah's true feelings?

In order to get a hands-on experience inside a studio and win a consolation prize of a stereo, Peggy enters to be a contestant on Blind Date. While the other contestants are thinking of ways to have the handsome celebrity, Adam Gale, pick them as their date, Peggy is trying to make sure she doesn't get picked. Instead of going for a woman who will answer to his every beck and call, Adam wants to go for a woman who is more of a challenge. This is bad news for Peggy—not only does she miss out on getting her stereo, but now she has to go on a date with a celebrity! At first Adam wants nothing to do with the show, but after spending time with Peggy he starts wanting to be with her more and more. But is this what Peggy wants? With how her life is going, she isn't planning to be in a relationship. Will Peggy be able to handle it?

After Aimee’s parents pass away, it’s up to her to take over her father’s old cake shop and raise her young son, Toby, by herself. Toby’s father, Jed, was an accomplished chef when Aimee last saw him, but in the time they’ve been apart, he’s become a very successful man—he’s a popular TV personality as well as the owner and chef of a first-rate restaurant. After the cruelty Jed showed her when he walked out of Aimee’s life, she had hoped to never see him again, but if she wants to save little Toby from leukemia, Jed’s her only hope. How will he react when he meets the son he never knew he had?

Overnight, Lana finds herself plunged from the height of marital bliss to the depths of despair. Her husband, Kyle, and his mistress are in a car crash, killing Kyle in an instant. His mistress is on the brink of death, and in her last month of pregnancy. To make matters worse, Kyle’s last will and testament names Lana as the baby’s godmother. Lana spends her days hounded by the paparazzi and her nights overcome with grief. It’s then that she meets Raffaele Rossellini, a handsome young millionaire who offers her a helping hand. She’s taken in by his warmth and generosity, unaware of his true identity: he’s the older brother of Kyle’s mistress! With a passionate kiss, he sets his plot for revenge in motion.

Restoring historic landmarks might be the only passion that Max has room for in his heart, but Cynthia might end up changing that. Her cyber-slueth skills are invaluable when it comes to finding out who’s leaking his architectural plans, and he’s useful as a temporary date to blow people away. Could their convenient coupling become the an they find their support in each other the foundation of for a strong relationship something more?

Pippa didn’t know what to do. The milk tanks on the farm she runs are polluted. Her savings are almost gone. Now the truck she was driving is stuck in the mud from a heavy rain. Then a beautiful black-haired man named Max approaches her. Max says the boy she is taking care of, Marc, her late best friend’s son, is an heir to the royal family of Alp d’Estella. Pippa is taken to Alp d’Estella and quickly drawn into a plot. She starts to have feelings for Max, who is protecting her, but then she learns the secret of his birth!