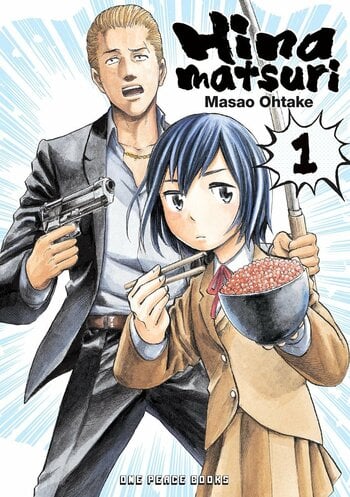 Nitta is an ambitious, young member of the Ashikawa-gumi yakuza syndicate. One day, a mysterious, oval-shaped object falls out of thin air into his apartment, and suddenly changes everything! Inside of the object is an expressionless young girl named Hina. The girl has formidable telekinetic powers that she uses to threaten Nitta, forcing him to allow her to live in his apartment. Dangers abound as the yakuza member and young psychic begin their life together as roommates!

The story starts kind of slow, but it find it self in few chapters. It is mostly comedy and I honestly don't see where it is headed, which is good! It suprised me how little people know about this manga, since it made me laugh more than few main stream ones.  The art is awesome!

Possibly the most underapreciated manga out there. I'd never heard of it until the anime aired in April and now I'm addicted. The characters are just enough over the top, but realistic in their own way. Nitta: The Yuppie Yakuza. Strong armed by a little girl with psycho-kinetic powers, he ends up taking her in. His paternal side comes out, and, while not the best father figure, he exceeds that of many that WANT to be a dad. Over the course of time, he realizes how attached to Hina he becomes. The turning point for this relationship comes when, he celebrates and accidently breaks Hina's leg. Hina: The phycho-kinetic girl that fell on Nitta's head, and into his life, one night. I'm not sure if she has autism, just a poor past, or a combination of the two, but she was the most powerful and dangerous ESPer of her organization. Slowly, she starts maturing, losing her self-centered attitude and learns to appreciate others. There seems to be a disconnect with her own age group, but that slowly changes over time. Hitomi: not your typical middle-schooler. Sitting next to Hina in class, she ends up acting in a motherly fashion as Hina sleeps through her studies. Hitomi is the class brain, honor student, and overachiever. Thanks to Hina and a series of misunderstandings, she  ends up being a bartender after school and on week-ends, until, but the time she's in High School, she is president of a major corporation Anzu: a peer of Hina's sent to terminate her. Unable to return home, she joins a group of homeless men and eeks out a living collecting and selling scrap. She is probably the one character that shows personal growth, going from homeless waif to adopted daughter of a restaurant owning couple, then on to being a business owner. She has a strong work ethic and a loving heart. There are other characters, of course, but these remain the central core. As a slice of life comedy, it's up there. Sometimes the humor is subtle, other times total slapstick. Any way you look at it, the story is solid and you can't wait for the next chapter. 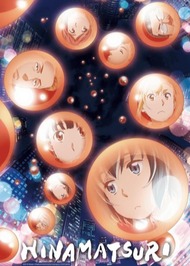