Highschool of the Dead - Reviews 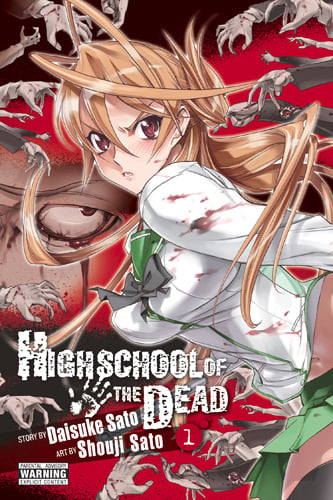 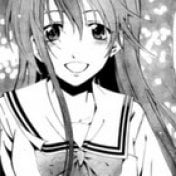 Highschool of the Dead was the very first manga I ever read. I went through the available chapters after a couple days. And was dissappointed when I found out it was on hiatus.

However this one just about tops the list as one of my favorite mangas of all time. I was completely taken back by the high level of blood, guts and action all over the place. When they found the gun/ammo locker and the Humvee and started blasting headshots on passing zombies.

I think the story is very good even though it isn't really origional. You of course have a mall with some other crazy survivors. A stuck-up rich companion who's father just happens to be the leader of a powerful Japanese liberation group with guns, ammo and resources at their disposal. The school nurse just happens to have a friend with an apartment with illegal guns and hundreds of rounds of ammo along with a U.S. Army issue Humvee, sadly without a .50 cal turret out of the roof.

Despite all that, I'm still interested in how the story progresses, like if they manage to make it in and out of the school and police station safely and where they're going to go after that. Back to the mall? Back to the highschool? Or will they leave the city and make it to the sparcely populated countryside? Personally I'm thinking they'll go for the airport.

The characters to me are pretty typical but at the same time pretty extraordianary. Here you have half a dozen highschool kids and one 8-year-old, who, despite having lost most of their friends and family are braving the worst by looking out for eachother and picking up weapons and running around killing the one thing they have to fear.

Saeko Busujima might just be my favorite character. A swordswoman who just recieved a minty fresh katana. She has to run around slashing heads and limbs off zombies (just like I love to do in Left4dead 2, I pick up a katana if I find one, drop the gun and run into the crowd, it's more fun that way). What makes her different is that normally a girl would hate doing something like that, like being hemophobic (fear of blood). But she loves causing pain, anguish and cutting off limbs spraying blood. That's what I like about her.

Kohta Hirano also tops the list as one of my favorite characters. It's unrealistic but how many Japanese 16-year-old guys have actually fired a real gun? He knows the ins and outs of just about any gun on earth. During the first couple of chapters he turned into some fatass who was bullied on a daily basis to a man of action. The spearhead of the group he's in.

Anyway, this really is my favorite *seinen* manga of all time. I just wish that new chapters would be released faster. Would be nice.

It's a fun read, and the consept is pretty rad, some of the the charecters are pretty see through at times; but are over all well distiguished from eachother and enjoyable.

There are for sure some great moments in this manga, but personally I find it difficlut to take it seriously, there is just so much fan service and it's honestly pretty funny and kinda acts like comedic relief. 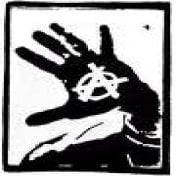 I love this It mixed my Three Favorite things: Weman, Zombies, And Weapons Because Of this I can't what for them to get off thier hiatus and make another undead pycho auesome manga and I really can't wait for the Anime there making too..........

Thos Maga have Action packed drama with heart-felt love scene that can make you cry as the Zombie Rip there flesh apart.........

I Swear On my great grandmas Grave that if you start reading it you won't stop til the end but thats just my Thought.........

Favorite Month of this years going to be July because of this manga......

High school life, Flirting, dating, sports, parties......and Zombies. Like in most cases of Zombies a lethal virus is in the air, and so the world is in chaos, with people just trying to keep from becoming snackies. At Fujimi Private High School a small group of students and the school nurse have escaped from their dead classmates and are now trying to figure out what is going on, and what they must do to survive.

**I cannot stress enough about how this manga is so bloody awesome. The art work is wonderful, the characters are unique, and the story is soooo Zombietatsic. I love this manga, and think that anyone who is 18 and older, that likes to read manga should read this one.**

Man, this is one of my favorites, too bad it's not completed (author RIP), still for the thrill seekers I would definetly recommend it