Alt title: High School DxD: The Work of a Devil 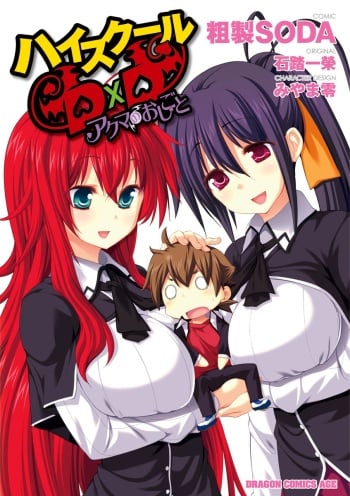 If you're looking for anime similar to High School DxD: Akuma no Oshigoto, you might like these titles.

What’s the best way to celebrate a birthday? Well, to the succubus Maria, there’s only one thing to do—get Mio and Basara to hook up! Using the guise of Mio’s birthday, and a lust spell, she’s determined to have the perfect setup for a sexy celebration.

Takuma Akutsu has a “unique” appearance that, unfortunately, leaves him feeling isolated and alone among his high school classmates who shun him. Enter the Valkyries sent by Odin himself! Once they descend into Takuma’s life, he discovers they aren’t scared of him one bit! In fact, they’re super keen to get to know him better. As the intimacy between the Valkyries and Takuma grows, so too do their powers. And that’s a good thing, because they’re on orders to slay the vicious monsters intent on destroying the earth. How far will they go to deepen their connection, level up, and save the world… by any means necessary!?!