Here U Are - Reviews 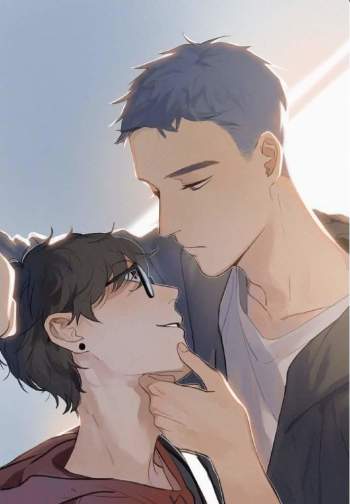 I'm currently up to date in this manhua ( 7/16/18 chap 43/43) and its pretty good. I was some how addicted to it because the story wasnt rush. The story took its time into developing quite nicely ( the plot was being slowly introuduce towards the reader but it was progressing fast enough).

* the charcaters was really wonderful. I say this because each characater had their own distinguishable personality, even the side charcaters (both minor and major) was like a real personalities. One of the main character Yu Yang is a friendly, kind,second year of collage boy who has an anger problem but he generally keeps his cool.

Li Huan doesnt speak as much as Yu Yang you can say Huan is not much of a talker but listener, hes a freshmen, he looks mean causing a lot of ppl not to approch him but hes a nice person.

Chu HuanWen is Yu Yang senior in a club they both are passionate  about,hes also his friend where he can joke about with and could make a few gay jokes around him, hes really just a supportion character for now.

* Art is really a personal thing because i may like this drawing style but u might not. However i like the style, its not simple simple but its simple, its not overly detail  but its detail enough for u to enjoy whats goinging on in the webtoon.

so i say give this manhua/webtoon a go

It’s so great and I think I might die because it’s not finished so I’m waiting for the update I read all of it it’s just so cute and ahhhhh they’re adorable why isn’t it finisheeeed :( RECOMMEND TO ANYONE YOU WONT REGRET READING IT

Don't go mental on me for not giving a 10. Here my opinion about this work.

First I need to say is my first time reading a manhua, was really interesting.

The manhua is very good but not perfect, that's why I'm giving 8.

The history IS SO GOOD! Love everything about the history but not the way it was told. At the beginning the author set such good  pass, force you to engage with the history, so real, so close to us, so human..... then, he starts to drift away with side history and secundary characters history so much that make feel cut off....and then the history rush into a climax not so climax (due to fucking censorship).....I do love BL histories with actual history but so much censorship is just 😑😑😑😑

But definitely worth reading

The story, the art style, the characters... everything is *chefs kiss*, the main characters are already so good, so cute, and to see their relationship develop and how they grow up and learn is so beautiful, but I gotta say that the side characters got me even more... HuanWen and JiYuan are so cute if they don't end up together I will r i o t

The story has a slow pace but it's totally worth it. I like how everything (like: reactions to things) seems real and believable.