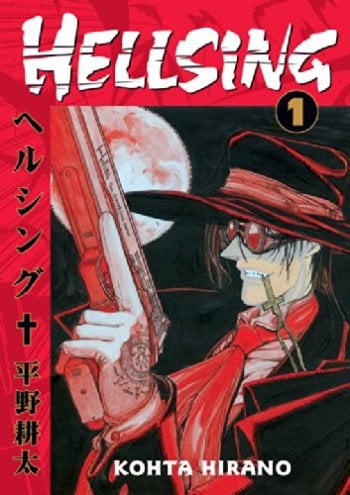 Ever heard those scifi stories about nazi zombies? Yep it's one of them:) Let's recapitulate the story as briefly as we can (I don't wanna spoil the fun of reading the manga so I won't get into details):

British organization, which is fighiting vampires, zombies and others since very very long, have a vampire nosferatu on their salary. Vatican is in bad mood and hates anglo-catholics in UK (they have their own organization to fight badies). What is more the nazis are coming back from South America to destroy England and they have vampire soldiers onboard their zeppelins :)

As cliche as it sounds... the story is great :D Yeah, really, no joke. The backstory is known by many people, it was used in many books, games, movies. But is that wrong? If the story is soo well known why not make a manga out of it? The result was obvious, the plot is interesting, action-packed and funny. I never found it boring which is a big advantage of the whole series. There are some dissapoiting moments in the story, that is why I didn't gave 10 out of 10:) But which manga does not have them? The story derives from Stoker's Dracula, other dracula books and movies, WW2 (also from the myths of WW2), some scif and action hollywood movies and from the religious conflict in Northern Ireland.

I don't want to write more (I might not be able to refrain from accidentialy spoiling the fun) but what I want you all to know is that the story overall is good. I think everyone would be surprised when reading the last chapters. The climax is very strong and satisfying. If you like action manga, reading it would be enjoyable. Like vampire mythology? Even better! Fascinated by WW2 history? Don't wase more time reading my stupid review, read the manga instead :)

"Damn that is one really nice art!" Well, it will be rude but I have to say my own, personall opinion- the arts are soooo nice. Hellsing is the kind of manga you want to read. When there is action in the story you see action, when chill-out you see chill-out, when you want epic YOU GET EPIC, etc. All the scenes are picked up and put together fine and profesionally. The detail level is very high but you have to remember that Hellsing is only 10 volumes (95 chapters) long. So it isn't much and if the arts would have been low class.. well that would mean that the artist is a meanie :) Short mangas should have good art, bah, they should have GREAT-O ART.

As I said earlier, details are good, all the drawings too. But there is one or two "buts". After about 4th vol. I see a little pattern in the artist style (if you can say so). When there is a big "transformation" of one of the characters the pages look like someone just poured the ink over them :) It's not bad, just funny and even the author mentions it in the notes. Other thing is lack of proportions and consistency of drawing. As long as you can approve that the main female character is getting bigger and bigger boobs (yum:P), when u see a leg that is extremeeeeeely long or an arm.. These kind of "art" is ofcourse commonly in manga but sometimes it's just too much. And in Hellsing there is too much of it :)

Everyone who had read the manga know who steals the show:) But lets not forget about other fine characters. Valentine Brothers die in 2nd (or sth like that) vol. but their death made them immortal. They became the series mascots and hosts:). Alucard's minion (Seras) is also very interesting (yeah I mean she have great boobs). One dissapointing character, or maybe the use of him is dissapointing, is Andersen. He is soooo badassss and interesting but we don't see him for a very long time (yeah and he dies like pussy). Making the main character "immortal" is very difficult. If he is the best and he can kill everyone else why make a manga of it? Wouldn't it be boring? Well, it isn't but one wish i have is for a better use of other characters.

I can't give the best score. True it's one of my favourite manga, but I have to be objective and must remember that other people might not like this kind of action. The whole series reminds me of a grindhouse B-class movies. The way Hirano narrates the story is genuine and well-said. It's raw but I like it that way, all the cliche moments make it even better. But as I said earlier, not everyone might like it. I know I have a specific taste and my point of view might be off-center, that is why i must give it only/as many as 9 out of 10. Once again: like this style-read, don't like-don't read :) 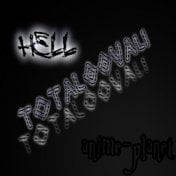 This Manga is awesome im like amazed by the epicnes of this manga its the best Vampire Manga Ever :) read it and cry of happynes