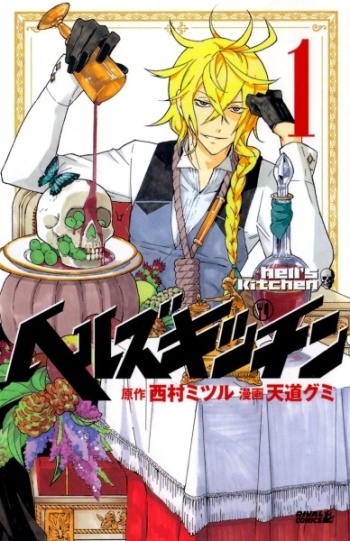 As far back as I can remember(high school), this was the very first cooking manga I ever got into, even before I had even heard of Food Wars. And the two have been compared a lot. However, each series has its own themes for the most part. Apparently, Food Wars is focused on the impact as well as the competition of cooking. Whereas Hell's Kitchen is focused on ideology, the ideas and and for the most part the characters' beliefs during the series. This fits more in line with how the main character Satoru can become anything he chooses given the themes in Hell's Kitchen. But between the two series, Food Wars was more popular and got an anime because of its art-style. If I had to be honest though, I was never able to get into Food Wars because of its other issues, but that's a topic for another day. Story- The story is about Dogma, the Earl of Poor Eating and his attempt to turn Satoru into a perfect chef so that he may one day eat his soul. Well, this cooking manga has gone supernatural now hasn't it, but I think that adds to the series' unique flavor. Satoru then enters a cooking school and meets all of these other characters who are important to his growth. There is one point where the story's pacing slows down when the science department challenges the cooking department. But I think it began to pick up again as they were trials for the characters. Then it reaches the final exams part of the manga which is the conclusion for the manga. The magazine serializing the series was shutdown, which is sad since the author wasn't even close to finishing the series, but you take what you get I suppose. Art- The art style is interesting once you get into it. With how it fits the idiosyncrasies of the characters, since they have their own personalities. But since I brought it up I think character design is a huge part of a series identity and affects how memoriable it is. Characters- Oh, of course, the characters themselves. The ones in this series are quite lovable, even with their flaws. They achieve their own personal, original flair. There aren't a few or too many characters, but there's a good amount. From this, I don't remember if all of them have backstories, but a lot of them do. Some are short, but still provide enough, and others are split. You'll have a backstory reveal, but learn later on that there's more to their past and reasons to why they're the way they are. The characters aren't just your overused, recycled character archetypes, which are pretty common nowadays. Nearly all of the characters are real likeable even the main antagonists at times. I really like a lot of the cast; they're very colorful and have great personality for the story. It's hard not to get attached to them. Overall- A fairly decent cooking shonen series that otherwise had a few hiccups during one of its arcs, but its still pretty fun. Even if the ending has you saying "that's it?" I think a series should have a good wrap up cause you want to end it on a good note with the fans. Ending aside, its still a good series. 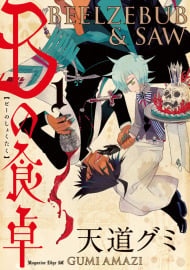