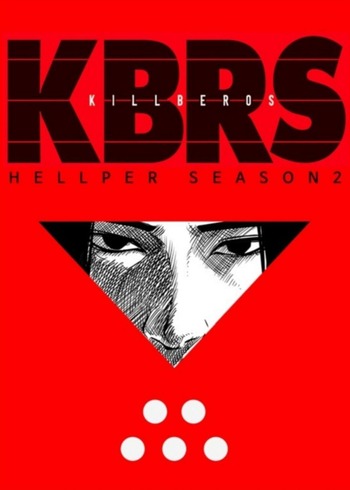 Based on the poem Divine Comedy by Dante.

Junwung, an unemployed college graduate, slips into a coma when he accidentally falls off of a bridge. While he's in a comatose state, he gets an offer from the crisis response team of the underworld company Flashback to temporarily join their team. If he accepts this offer, he could wake up early from the coma and even get rid of the karma from his past life that’s been holding him back from getting jobs! He’s got nothing better to do tomorrow, so it’s a beautiful day to save lives… with these grim reapers!!

Ken was a normal high-school student until he was hit by a vehicle... chasing after a riceball. In the afterlife, he meets a Shinigami named Shin, Shin's job is to grant the last wishes of women who has passed away. After strange turns of events Shin agrees to give Ken's life back if he is able to grant ONE girl's wish. But will he complete this job successfully? Or will his death be final?

On earth there are bad people, and then there are REALLY BAD people. If you’re one of the latter, you don’t just get sent to Hell, you get sent to Hell and get assigned a job collecting the souls of some of the worst people on Earth. Such is the career path of a young woman named Scarlet, who dies and is delivered down to the fiery underworld only to find herself in an entry-level position as…The Grim Reaper!

New shinigami Hikari is doing her best every day to get used to her onerous duties. The only thing that keeps her going is the kindness of her superior, Commander Ryouma. But, when a disastrous event happens among the shinigami, everything changes... This slightly steamy manga is Fujita Maguro's latest work.

"We have come to send you off..." When a person's life ends, the heavens sends envoys to administer their "death". The three-man team equipped with hi-tech gadgets identify as Funeral Service A.R.S and they have been solemnly providing services for humans in their final moments before sending them off to His land in the Beyond. While they indifferently carry out their duties like corporate warriors, one day, one of the deceased turned out to have an irregular condition and now they're stuck being pushed around by the deceased boy!?

Calen, who has no memory beyond being a soldier, begins his new life in Limbo with a caretaker named Makoto. To atone for his sins, Calen has been given the powers of a reaper and tasked with guiding and protecting the souls of the dead. As he works together with the purehearted Makoto, Calen begins to develop feelings for him. But will those feelings change once he learns Makoto’s true nature?