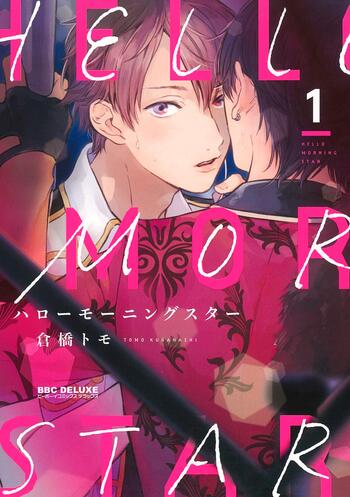 I had no idea this manga was a series related to Pink to Mameshiba. I didn't know about this until recently, and I'm happy it's a stand-alone manga. Yuuki and Atsuto are members of rival groups. Despite the odd and awkward atmosphere that surrounded them, it also presented a few of the tragic truths of being an idol. As the story unfolds, we learn that they were originally dated but eventually separated. It was painful to think that neither of them could let go of what had happened in the past, because one continued blaming himself while the other tried not to be a burden. However, I'm happy they are talking about the past and letting out everything they have been feeling deep inside. I love how Kurahashi sensei makes neither of them seem like the "top" or "bottom." Rather, it illustrates two men in love who happen to have preferred sexual positions.