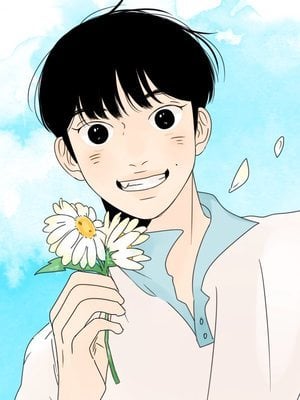 Jungmin is a sucker for hotties. Boy or girl, he doesn’t care - he goes all weak in the knees when he sees a pretty face. At the freshmen welcome party, a guy catches his eye from across the room. Tall, cool and drop dead gorgeous, Jiho is just his type. But he’s a freshman while Jungmin’s a sophomore, and a returning student at that. Little does Jungmin know that from the moment he lays eyes on this irresistible freshman, his ordinary life will slowly begin to change!

Heesu's world revolves around Chanyoung, his best friend and secret crush. He doesn't mind cheering Chanyoung from the sidelines or listening to all his girl problems. He doesn't care if people only know him as "Chanyoung's friend." Then one day, Heesu starts hearing his name everywhere. On the bus, in the halls, during lunchâ?¦ Turns out, there's a rumor going around school (Got a love problem? Find Heesu in Class 2 and he'll tell you what to do!) and with that, Heesu suddenly finds himself the center of attention. But how could he give anyone advice? He doesn't even know what to do about his own crush!

Two childhood friends birthed into different positions face the hatred and greed of foul people. See how their relationship blooms into a wonderful garden.

The second season of Last Paradise.

The weather forecast didn't say it was going to rain but Lee Mokhwa knew it would, that's only one of the things he knew was going to happen. No, he can't see the future, he's actually stuck in a time loop, reliving December 24th endlessly. The only person besides himself who seems to be aware of the repeated time is Choi Gyun, the childhood friend he drifted apart from, but he's avoiding the topic. Gyun must know something he doesn't, he could even be the cause of the time loop, Mokhwa is determined to make him break the chain.

This is a story about Myunghan, who has just entered high school, Sihoo, his childhood friend, Seungchan, who suddenly appears between the two, and the strange triangle that develops between the three of them.