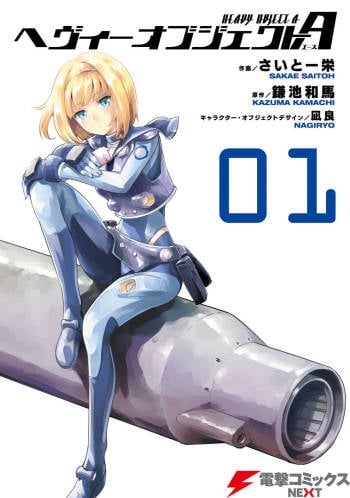 Mecha pilot Rikka Takanashi, a Major in the army, has been branded a deserter for refusing to follow orders that would endanger civilian lives. As she flees, she is confronted by her best friend and fellow soldier Sanae Dekomori. With the twin-tailed girl standing between her and freedom, Rikka must come to grips with defeating her dearest comrade - or risking her own life!

It was prophesied that Alexander the Great would first rule the world and then destroy it. Born the prince of Macedonia, his father was determined to have him remain an obedient military pawn whilst his mother wished for him to be a destroyer of worlds. Now, as Alexander moves across Babylonia towards the "Hindu" lands, enemies from both outside and within his camp struggle to stop him before he can conquer the world and bring about the prophecy of its destruction. Can the world be saved, or is fate truly the deciding factor of life and death?

A law threatens to clamp down on freedom of expression in 2019, and Iku Kasahara joins the Library Defense Force, a military unit dedicated to protecting books from being confiscated. However, she finds that the job of her childhood dreams is harder than she bargained for.

Komaki is arrested for violating the human rights of a disabled minor, but the charges are trumped up by the Betterment Forces. It'll take the feelings of Marie, the young deaf-mute girl in love with Komaki, to save him.

The story is set in August of 2026 at the Fuji Training Facility. Natori is a third-year middle school student in the Eastern Defense Academy — Japan's first private organization to be established under the National Defense Education Law two years earlier. On the last day of a harsh training regiment, a force launches an assault that turns the training facility into a sea of blood.