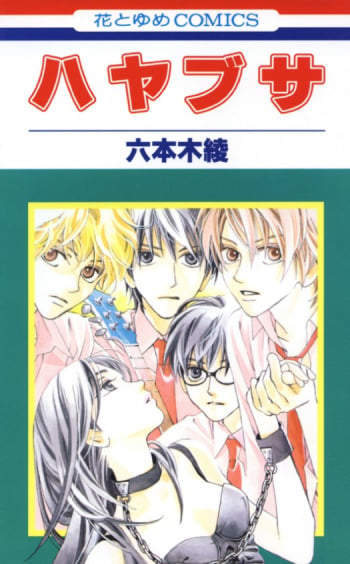 Sisters Mariko and May, along with Mariko's bad-tempered boyfriend, become involved with Ichiro, an arrogant, womanising male model.

Santa, the drummer of CLIMB, has just left the band after finding his girlfriend in the arms of a friend. Along with Yuki, the lead guitarist, they start their own band called "Lucifer, The Fallen Angel," and set out to find new band-mates. Recruitment is not easy, however, and on a search to find a vocalist the duo runs across a promising bass guitarist and a local hotel's piano player and singer who has been wowing patrons daily. With little time to spare, can the two round up the talent they desire, or will Sakuya let his anti-social personality hold him, and his newfound band, back?

Koyama Sachi, a high school girl living in Iwaki City, Fukushima, has been deeply scarred by the Tohoku earthquake of 2011. Since it occurred, she's distanced herself from her friends and family, and shows no interest in people or romance. A violinist since childhood, she's a member of her school's music club and practices every day to prepare for the quartet performance at the school cultural festival. In the midst of all this, she meets Yuusuke, a boy who took refuge in Iwaki after his family was left unable to return home following the great quake, and the two begin to fall in love...