Alt title: I Picked up the Second Male Lead After the Ending 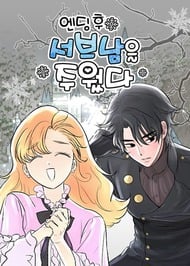 Beautiful art - especially the colours and texture. It's not an easy love story as it's quite realistic in the way the characters have serious flaws they need to overcome. They're both irritating at first, but at about chapter 16-ish I can see slow, but well-written, development. -------- UPDATE AT CHAPTER 39: The progression is getting better and both FL and ML are getting more endearing. I think the first 8 chapters made them annoying on purpose so we could see how both flawed characters become less flawed as the story progresses. The story seems to be well aware of both characters' flaws (FL's naivete and ML's brusqueness) and is giving them well-paced development. The FL has some self-respect, based on chapter 26, though she's still stupidly reckless--hopefully the story will continue to give her more development. I like that we see a lot of ML's thoughts too, as they're actually reasonable and give perspectives in their relationship. It's refreshing to see how a story doesn't start off with both characters as likeable characters. The risk is that early readers, like me, will be turned off and quickly judge it as one of those brainless, irritating stories. But the development is well-written, so I'll say the author had the intention of making both characters irritating before making them develop over time. Also, great comedy as the story goes on--especially them playing board games! Art is great. Really great. The outlines are simplistic, but the realistic colours and pastel-ish/crayon-ish texture of the colours are really good. The hands are to die for. The anatomy is the best that I have ever seen, really. The perspectives, the shading, etc show that the artist obviously has a flawless grasp of art. Even the seemingly simple faces are drawn in a way that the characters are attractive and so expressive. Especially the lovely eye colours. -------- OLD REVIEW: FL, at chapter 8, is annoying. She thinks of ML as her faaaavourite character. She stans him. She thinks she can make him happy, proposes marriage and knows that he can't really reject the political marriage because... politics. So she proposes to him, he politely declines, she kinda forces him into the marriage, he does his best to make her life hard in the castle so she can leave willingly, she misunderstands his attempts to drive her out as acts of goodness, and my patience runs thin with this girl and ML every chapter. First, if he says no, that means no. Respect him and yourself by stop clinging and begging him into the marriage. FL thinks of ML as her most bestest favourite character and she doesn't want to let go. She thinks she knows everything about him, thinks she knows that he'll surely crack when she gives him so many sweets and thinks that he's just a broken man who can be "fixed" by her love. Basically, she sees and treats him as a 2D character. She relentlessly tries to bake for him and tolerate his negligence of her. That's not persistence, that's just delusional naiveness. Second, ML can hate FL. But the negligence to the point of not giving her firewood in the freezing winter is a bit much. She's very annoying, but it doesn't mean she should freeze to death lol. I'm still reading because of the art and because although I find them irritating, FL and ML are cute sometimes. And I'm really hoping FL realises he's an actual human and stops fangirling over him as it's off-putting. Please, give her some character development.

I have read this webtoon upto ch 39 and so far everyone is just very annoying. Story is still about the obsession of ml with the original fl of the novel and our fl following him apologizing 24/7 basically humiliating hersef all the time! I am actually getting really tired of ml's annoying and rude behavior also annoyed by fl's lack of self respect! So I am only giving it a 6 coz art is fine and ml is hot!

In every story, if there is a 2nd ml we as readers feel sad for him even sometimes we feel that 2nd ml is better than 1st ml. So we wish for a good life for him after the story ends. Even some of us become fans of 2nd ml. This story is about a fangirl and her fav novel's 2nd ml. The fangirl isakied and become the princess of a neighboring country of her fav 2nd ml. So she decides to consol the 2nd ml as he is going through a cruel fate. The story is amazing, sweet, and funny. The characters are amazing, especially FL. The art is gorgeous. Obviously, I recommend it to everyone. 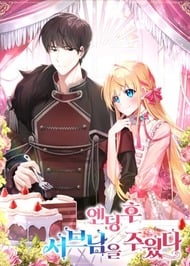