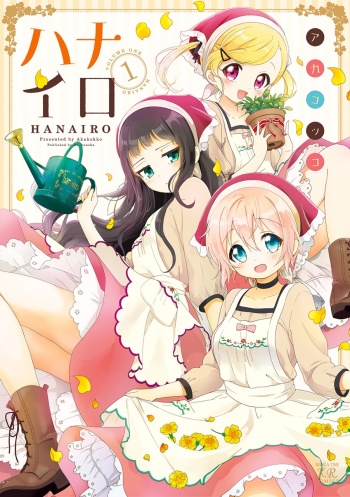 Amako is a young girl who has a great love of sweets. Due to her father's job, she had to move many times during her childhood, which prevented her from making close friends. Now she's 15 and starting high school, and it looks like she'll finally be able to have a normal school life! She intends to join the tea ceremony club, but it's going to be abolished this year, due to the lack of members.

As the child of an elf and a human, Fuu's unusual appearance made her an outcast in her village, and she solemnly decided to leave for the end of the earth. After smuggling onboard the train she finds herself in Limbo, a town unlike any other she's seen that's filled with all manners of creatures and people. Under the tutelage of Sensei, the owner of a shop that sells magical and technological goods, Fuu begins her new life as an assistant, getting to know the local residents and helping others as best she can.