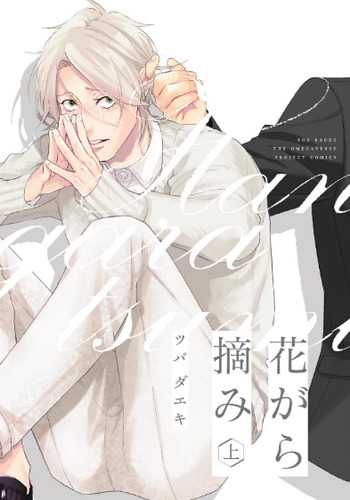 Omg, this one makes me so angry! Hear me out, the art is absolutely gorgeous. That is why I even read this manga in the first place but man did I almost explode while reading it.

The seme is literally a bully! Not only that he picked on the uke so much in high school that he almost considered killing himself (the uke is a bit dramatic too but is still bullied) but after meeting again, what does he do? Continue to embarass him and humiliate him. 'Cause that's how a normal person expresses love, right?

I just felt so enraged and bad for the uke. I mean he wanted so bad to take revenge and not only that he never did, but in the end the seme still f-ing won. (the bully literally didn't get even a little bit of karma, like wtf?)

I don't care that it has a happy ending, if my lover ever bullied me, he wouldn't get my heart, he would get a kick between his legs.

I really enjoy this manga.  I personally love the artwork;  it is very pleasing to the eye.  This is the aesthetic that I love: crisp, clean art with beautiful characters and scenes.  To me, the artist cared about this manga and put a significant amount of time and effort into it and it really shows.  There are times when the backgrounds are a bit empty or off, but nothing really to complain about.

I love the idea of fated pairs in omegaverse.  I personally wish more manga explored that aspect, but I understand why some don’t.  I really enjoy the way in which the manga explores the fated pair aspect and make it as something that might or might not exist but no one really knows whereas many omegaverse manga that have this aspect it’s “it does exist just it’s either really uncommon or so rare that it might as well not exist.”

The characters, like I said before, are really beautiful and fairly pleasing to look at.  Shuu is want I would consider the best example of an omega I’ve ever read: kind and gentle to everyone he meets, a bit shy, but still has a fucking spine.  All too often I read omegaverse mangas and the omega is the biggest pushover in the entire world.  Ayame is the perfect example of a tsundere, which is a character that I absolutely adore in animes and mangas.  Ayame can be a bit brash at times, but I honestly think that’s just his character.  I personally wish Shuu and Ayame spent some time away from each other, so we can see different sides to the personalities.  I feel as though since they’re constantly around each other, I cannot get a full grasp on their personalities.  Then again, I’m only four chapters in and it might change in the future.

The story is very well written.  I can tell the author put a lot of time and effort into creating the story and plot.  I’m glad when Ayame goes into his rut, he didn’t immediately pounce on Shuu and rape him. Very happy about that.  Again I’m only four chapter in, but as of right now, the plot is somewhat slow and rather low stakes.  It might pick up a little later on, but I feel the slow pac and low stakes helps enhance the plot.  This is just me, but I’m really hoping Shuu gets pregnant and they have a little baby.

There are already fair points made in the other reviews on this Manga. So I wanted to say how this Manga have shown light upon a great concept on the topic of fated pair. I like how they have shown a sheep not following the herd ideology. It's something very rare in Omegaverse. So even though there are some exasperating things happening in the manga do give it a read if u think that building a relationship from the bottoms up is more important than just having fated pair on a silver platter served to u without even moving a finger. (not that I don't like it though. I do like the idea how having one person that is made just for u.) so yeah.

People who like the plot will not enjoy it. It's simply nonexistent.

The art is very cute...but that's pretty much it.

The story revolves around an omega who 'was bullied'. A couple of years later alpha - the bully and omega meet again...you might think there is tension? Yeah...it's there...there is also an omega who jumps the hated alpha right off the bat...and also alpha with very shitty reasoning.

It's a waste of time...I praise the art but it didn't save this total floppery.

The art is good tho.